I've blogged before about how much I love old books about the ancestors in my extended family tree. One book I discovered recently on Internet Archive is entitled Life and Times of Jonathan Bryan(1) 1708-1788" by Mrs J H Redding of Waycross, Georgia, and published in 1901, and included this intriguing sentence on page 16:

"In the wonderful art exhibit at the World's Fair in Chicago, perhaps no picture left a greater impression on the minds of the hosts, who saw it, than "The Landing of Columbus," loaned by a Russian prince."

I happen to know the painting by American neoclassical painter, John Vanderlyn, currently hangs in the rotunda of the U.S. Capitol in Washington, DC. How in the world did it ever come to be in possession of a Russian Prince? 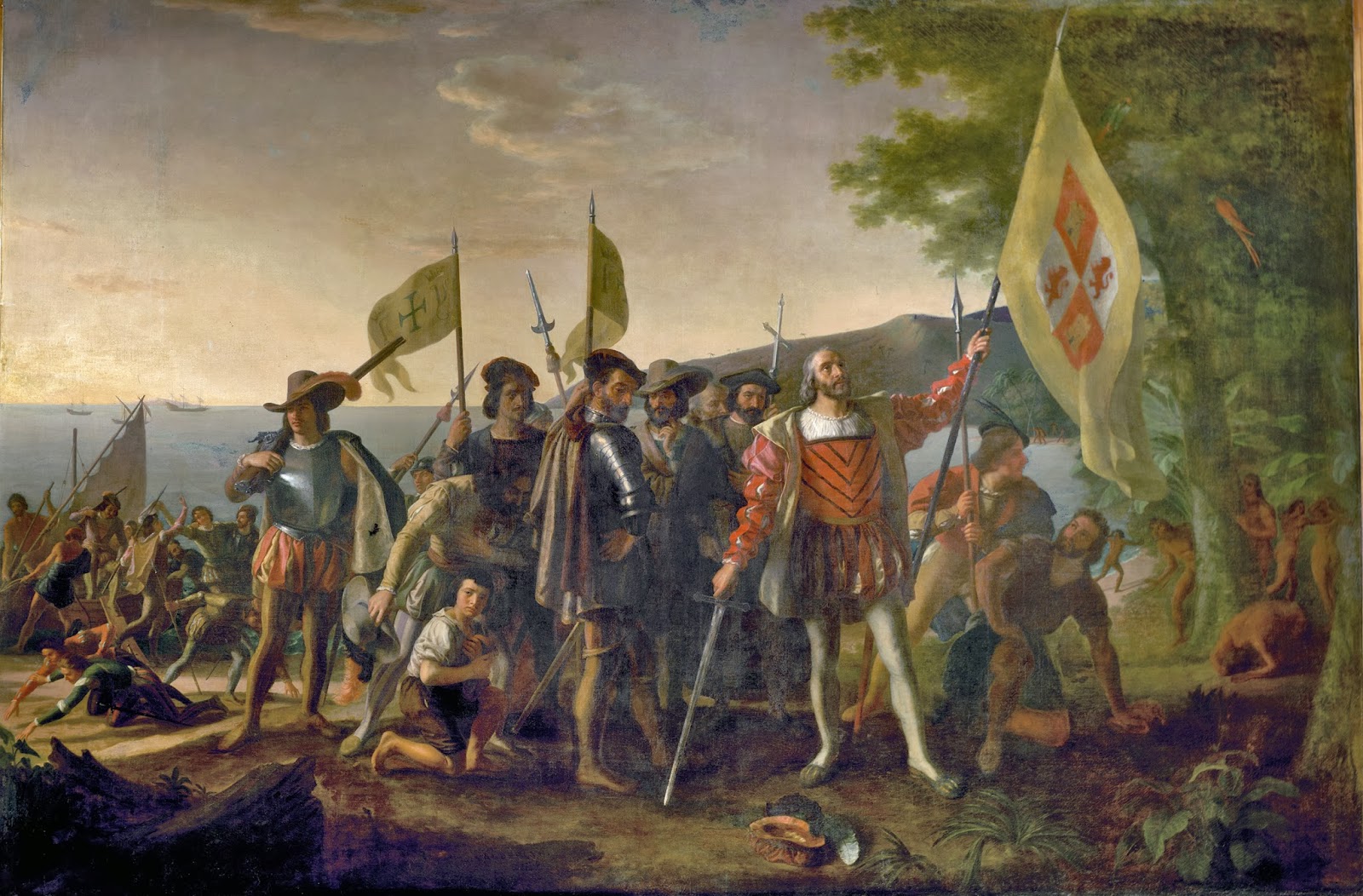 Landing of Columbus, image courtesy of the Architect of the Capitol

According to the U.S. Architect of the Capitol's website, the painting was commissioned by Congress in 1836 to hang in the rotunda. It was painted by Vanderlyn in his Paris studio with the help of assistants. It was completed sometime in 1846 and was hung in January 1847.

I am assuming since the book was written in 1901, Mrs Redding is referring to the World's Columbian Exposition, better known as the Chicago World's Fair, to commemorate the 400th anniversary of Christopher Columbus' arrival in the New World. However, I can find no mention of this painting being at the art exhibit or of ownership by a Russian prince. I did learn that one of the official medals that were struck for the fair was the Discovery of America dollar, designed by Charles Renish. It depicted the scene from Vanderlyn's painting on the obverse. 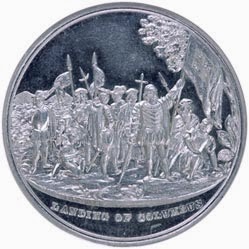 There was also a silk bookmark for sale at the fair that depicted the same scene from The Landing of Columbus.

Mrs. Redding is either incorrect or my research is incomplete. Or perhaps the artist painted more than one version of the painting. If there are any art historians out there that know more, I'd love to hear from you.