My husband and I are traveling -- he for work and I am going for genealogy.

Heather Wilkinson Rojo, author of the Nutfield Genealogy blog, began an Honor Roll Project a few years ago. The objective of the project is to transcribe and photograph military honor rolls. The transcribed names make soldiers available to search engines so that descendants may one day find find them when searching the Internet.

It's hard to drive through a new city now and not look for a war memorial. We found this one in West Hazleton in front of the historic Miners Bank.

The memorial was included in a 1930-1940 era postcard of the bank building.

The memorial includes the name of every soldier who served in World War I from the greater Hazleton area. 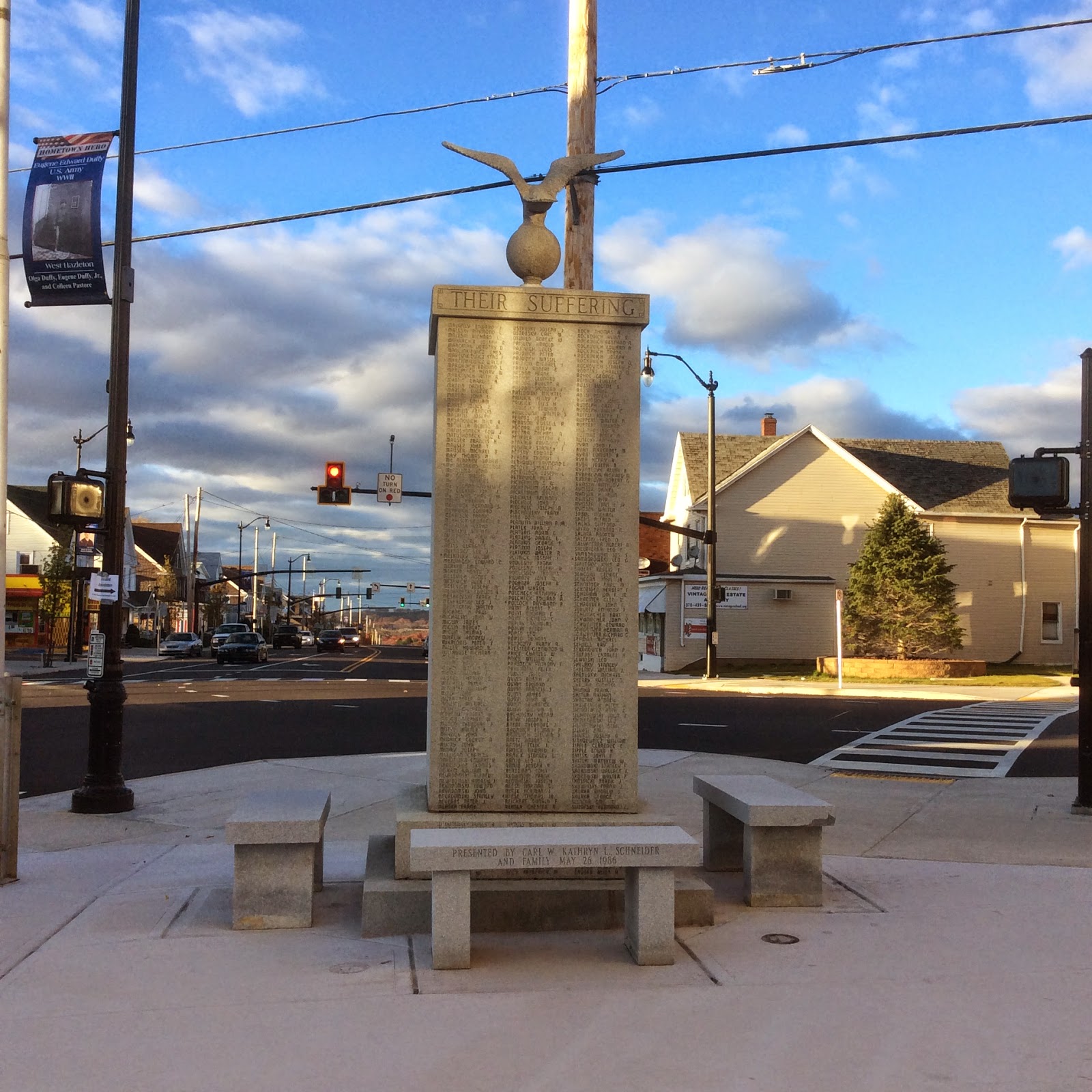 The names of veterans were engraved on all four sides of the memorial as well as the plinth. The top of the granite column says: Lest we forget their sacrifice, their suffering, their service. In this blog post, I am transcribing only the names of those soldiers, sailors and airmen who lost their lives: