Author of Five Books in One Volume

William B. Walter was born on 25 March 1815 in Emmitsburg, Maryland, to John William Walter and his first wife, Catherine (Dechart) Walter. He was their third child and a half brother of Aloysius Walter, Aunt Katherine's great grandfather. He was educated at Mount St. Mary's College in Emmitsburg.

William moved to Fort Wayne, Indiana, in 1844 at the age of 29. He married Euphemia C. Nettlehorst, daughter of Christian Carl and Helena (Schulte) Nettlehorst, on 5 March 1848. She had been born in the Kingdom of Hanover and immigrated to the U.S. shortly before her marriage. The couple had three known children. 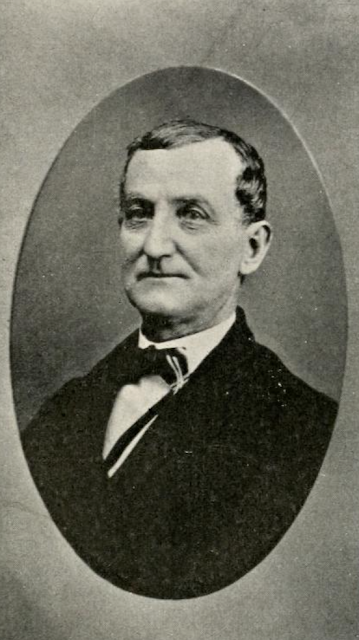 In 1894, William wrote a book entitled, Five Books in One Volume, which was published by R. C. F. Rayhouser. In it William pontificated about 5 questions: 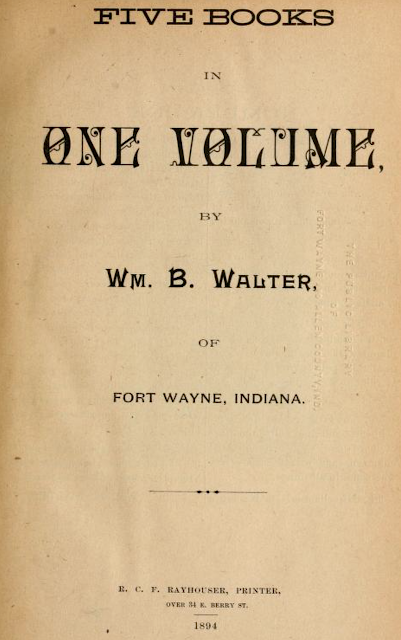 The book contained a brief passage about William's ancestry:

"He is of German ancestry, his great great grandfather having been a Dutch Baron who emigrated to this county with Lord Baltimore and is said to have built the first house where Baltimore now stands. The old gentleman seems also to have owned lands at that place and leased them for ninety-nine years, as was the custom. There is said to be a fortune connected with these lands, but none of the heirs have avarice enough in their hearts to undertake the task of ousting the present occupants."

Children of William B. Walter and Euphemia C. Nettlehorst: