Robert Muir's parents are a brick wall. Recently, I signed up for a subscription to MyHeritage.com. Two people have "my" Robert Muir in their trees with parents listed. One person was unsure where she had gotten the information about Robert's parents but thought perhaps it came from her great aunt, who I believe descended from Robert Orr Muir, a son of Robert's.

Another sent me the following infographic from a book compiled by an Australian branch of the family, which would likely be the descendants of Henrietta (Muir) Williamson, a daughter of Robert's. They believe "my" Robert was born in 1803 in Flemington and was a brother to Andrew Muir, making their parents Robert and Margaret (Melville) Muir. 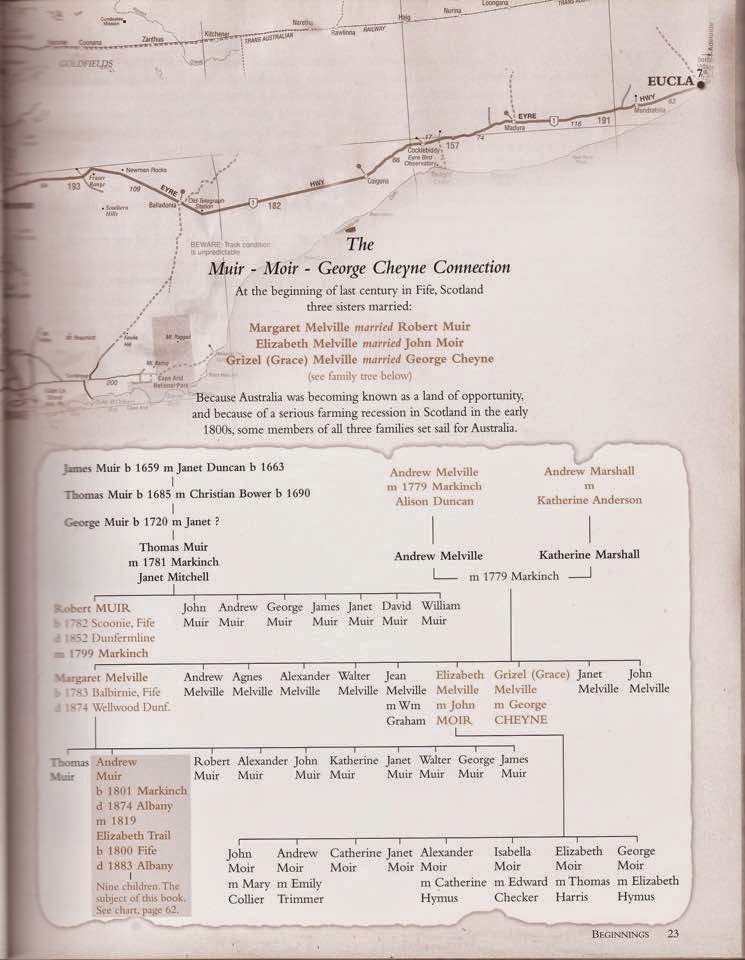 I eventually concluded this was not my Muir family. The 1841 and 1861 Scotland Census for Robert Muir indicated he was not born in Scotland. The 1841 census listed foreign born, which included Ireland and England, and the 1861 census indicated Ireland. Additionally, if he was born in 1803, his age would be off on those two census documents as well as his death registration. His death registration indicated his father's name was James Muir.

I believe I have found his birth and baptism record on Ireland Roots as name of his father matches his death registration, the year of birth aligns will all other known records, and the religion is not Catholic.

Love the infographic though!
Posted by Schalene Dagutis at 5:29 AM