Those of you who follow my Facebook page, Tangled Roots and Trees, will have already seen these photos. Here's the "rest of the story."

My second cousin twice removed, Samuel Lee Jennings (1863-1913), was a stone-cold killer. Well, maybe a hot-head with a violent temper would be more accurate based on the evidence we know about. Frankly, I'm making light of a tragic situation because it disturbs me.

Samuel was born in Amherst County, Virginia, He married a Danish woman named Emma Transtrip* on 26 Sep 1895 in Huntington, West Virginia. Sometime after that they moved to Toledo, Ohio.  Emma had immigrated to the United States about 1892. She and Samuel had four children of which two lived -- Della and Clifford. At the time the 1910 census was taken, they were living at 2242 Bakewell Street.  Emma was a housekeeper at a boarding house and Samuel was a body maker at an automobile factory.  In 1909 he'd been out of work for 36 weeks.

By 1913 Emma had moved to 320 Craig Street (just across the railroad tracks from the Bakewell Street address) and was estranged from Samuel. 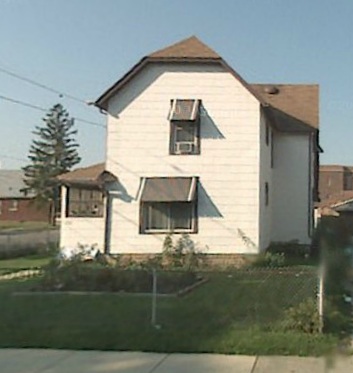 On 8 Jun 1913 he came by her house and wanted to reconcile.  When she refused, he attacked her with a knife, stabbing her in the chest.  He then turned the knife on himself in an attempted suicide. Samuel died at Saint Vincent's Hospital two days later. Emma seemed on the road to recovery. However, she caught pneumonia while in the same hospital and died on 15 Jun 1913. 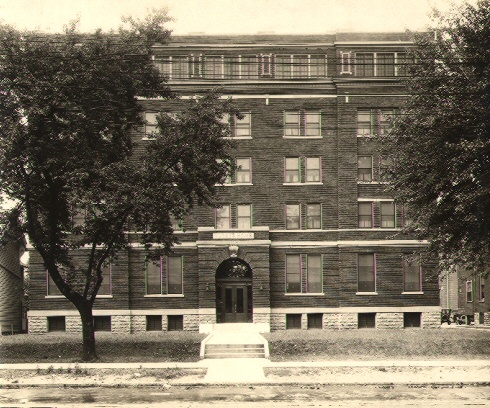 I sent away for their death certificates and found the cause of death very interesting: 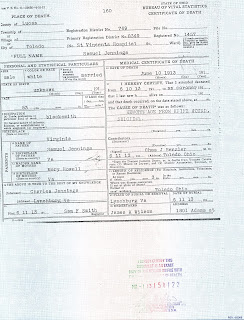 "Lobar pneumonia following a razor wound to the chest, homicidal." 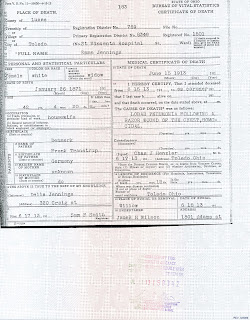 The 1920 census indicates their son, Clifford, was an inmate at the Baptist Orphanage in Salem, Virginia and was 11 years old.  He died in Tucson in 1971.  No trace of Della has yet been discovered. 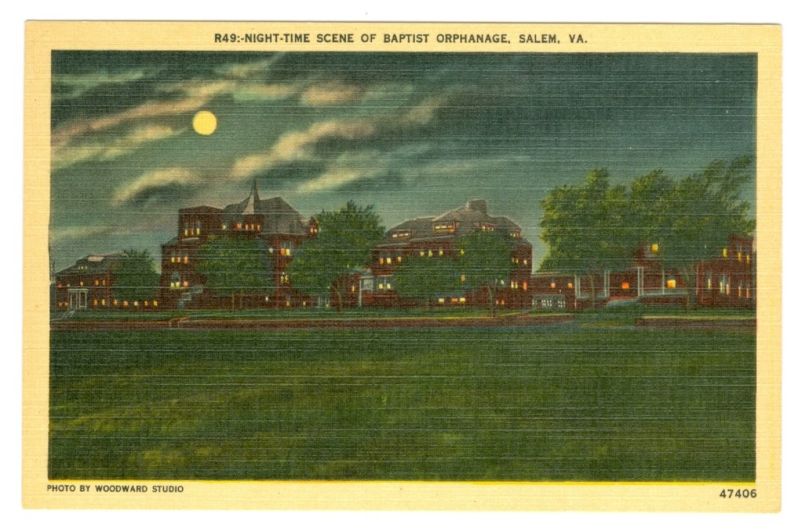 Night View of the Baptist Orphanage in Salem, Virginia

This story haunts me mostly because of the children. One of my "new" relatives, who I found on Ancestry.com, helped me find the records of Samuel and Emma's marriage and Della's birth.

Articles about the murder-suicide from the Toledo Bee and Toledo Blade are on my Tangled Roots and Trees Facebook page.

_____
*The only place Emma's maiden name appears as Transtrip is on her death certificate. The informant was her daughter, Della, who was 15 at the time her parents died. On her marriage license, Emma's maiden name was recorded as Hornwain.
﻿
Posted by Schalene Dagutis at 4:55 AM