Harriett "Hattie" Malinda Ogburn is my 3rd cousin three times removed. She was born on 29 October 1858 in Kanawha County, West Virginia, to John William and Sarah Ann (Beard) Ogburn. Hattie married Henry Bascom Carroll on 13 July 1881 and moved with him to Lincoln County, West Virginia. Henry was a shoemaker and owned his own shop by 1920. The couple had twins, who died in infancy. Henry died in 1932 and some time after his death Hattie went to live in the Virginia Rice Nursing Home in Huntington, West Virginia.

On 16 November 1945 the Huntington Advertiser reported that a fire had broken out at 4:00 a.m. that morning on the second floor of the nursing home. The article went on to say:

"The inmates, many bedfast, were removed scantily-clad in ambulances to Huntington hospitals for temporary shelter. Some of them were burned slightly. Others, hysterical in the excitement, had to be carried out by force from the blazing home. 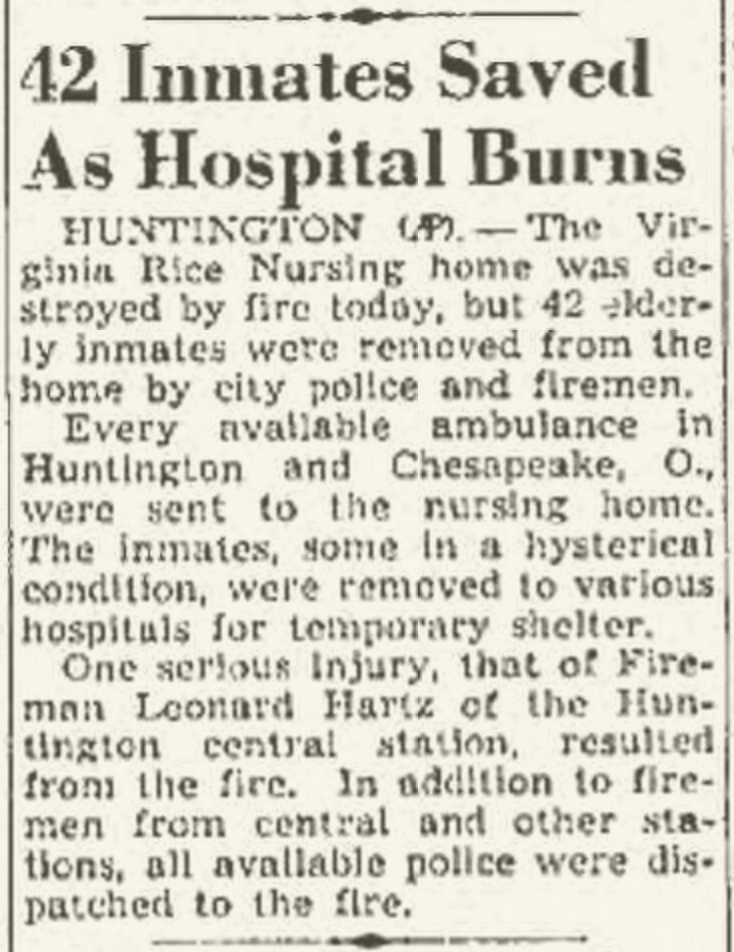 When the firemen and police arrived, wild excitement prevailed in the home, they reported. The residents, terrified, were running about inside screaming and shouting. Captain C C Mayo, acting fire chief, assigned most of the two companies that answered the alarm to rescue work. Patrolmen of the police traffic squad and other officers joined in carrying persons from the home…

A few of the patients suffered from exposure in the chilly air as they were led from the flaming home to waiting ambulances. One senile man wandered barefooted and in a nightgown across the street and had to be brought back…

The interior of the nursing home, once the residence of the late Attorney John W Perry, and later the headquarters of a World War I veterans' organization, was gutted. The loss is partly covered by insurance, according to Mrs Rice, the proprietor."

Even though newspapers across the state initially reported the residents of the nursing home were in satisfactory health after the fire, at least three would go on to die from complications due to the fire and exposure, including Hattie.  She was taken to Memorial Hosptial where she died two days later. The death certificate listed the cause of death as "shock following fire in home." Hattie (Ogburn) Carroll was 87 years old. 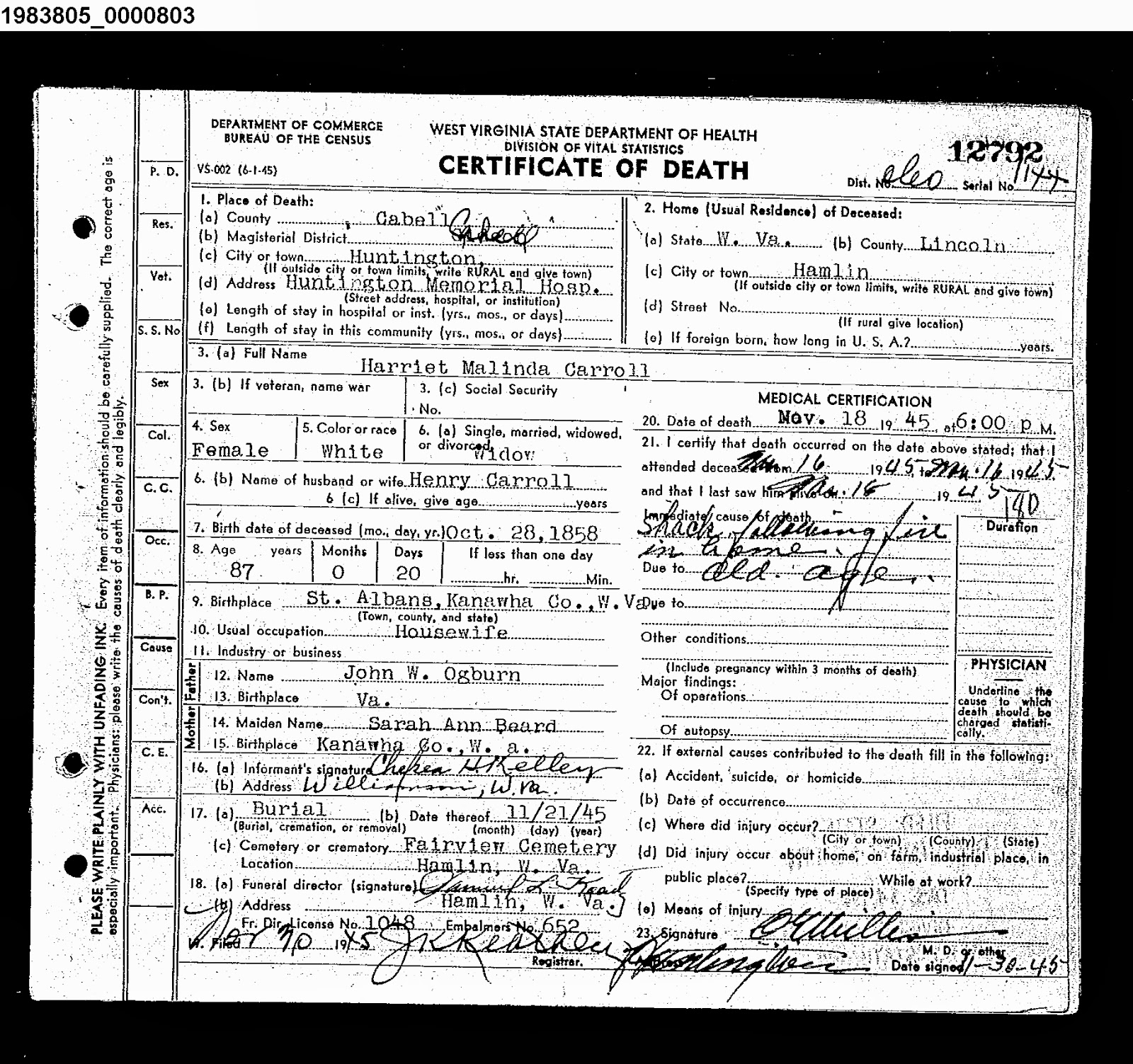