I do not have the data in my family tree organized yet in such a way that I feel confident listing my ancestors who served their country in a manner that would do their memories justice. So today, on Veterans Day, I would like to profile one very illustrious ancestor, Alexander Archer Vandegrift, Medal of Honor recipient and 18th commandant of the U.S. Marine Corps. 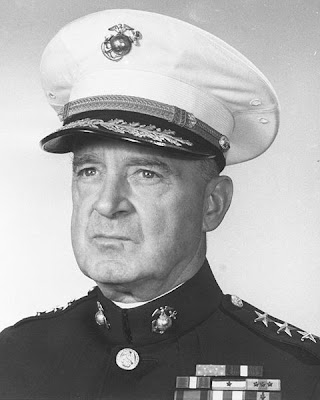 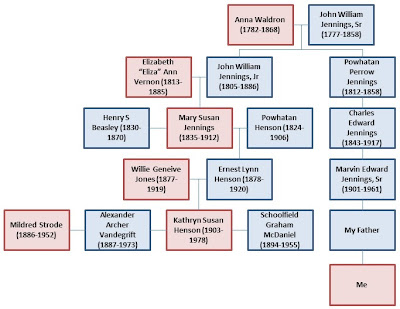 My relationship to General Vandegrift 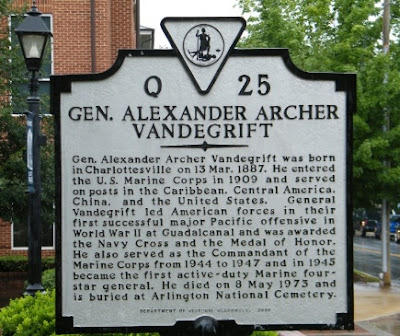 
For outstanding and heroic accomplishment above and beyond the call of duty as commanding officer of the 1st Marine Division in operations against enemy Japanese forces in the Solomon Islands during the period August 7, to December 9, 1942. With the adverse factors of weather, terrain, and disease making his task a difficult and hazardous undertaking, and with his command eventually including sea, land, and air forces of Army, Navy and Marine Corps, Major General Vandegrift achieved marked success in commanding the initial landings of the United States forces in the Solomon Islands and in their subsequent occupation. His tenacity, courage, and resourcefulness prevailed against a strong, determined, and experienced enemy, and the gallant fighting spirit of the men under his inspiring leadership enabled them to withstand aerial, land, and sea bombardment, to surmount all obstacles, and leave a disorganized and ravaged enemy. This dangerous but vital mission, accomplished at the constant risk of his life, resulted in securing a valuable base for further operations of our forces against the enemy, and its successful completion reflects great credit upon Major General Vandegrift, his command, and the United States Naval Service.
/S/ FRANKLIN D. ROOSEVELT 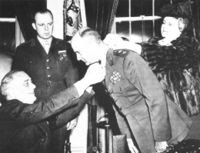 General Vandergift receiving the Medal of Honor from President Franklin Roosevelt. His first wife is on the far right.

General Vandegrift and his two wives are buried in Arlington National Cemetery. 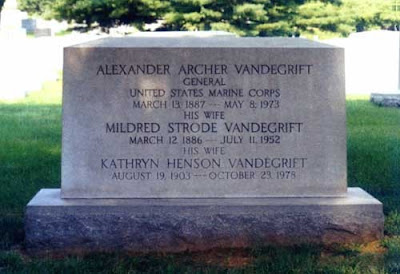