Archie Connett in His Own Words: Part III -- Parole

Archie Connett was released from prison on July 1, 1968 after serving 15 years for murdering his three children and attempting to murder his estranged wife. He was released from parole two years later and was a free man. After prison he founded Ex-Offenders Resources, Inc., to influence the ex-offender community to contribute to society. He co-authored at least two books, including "Paroled but Not Free: Ex-offenders Look at What They Need to Make It Outside," which was published in 1973. In the epilogue of this book, Connett describes what happened on December 23, 1952 and his life after that. 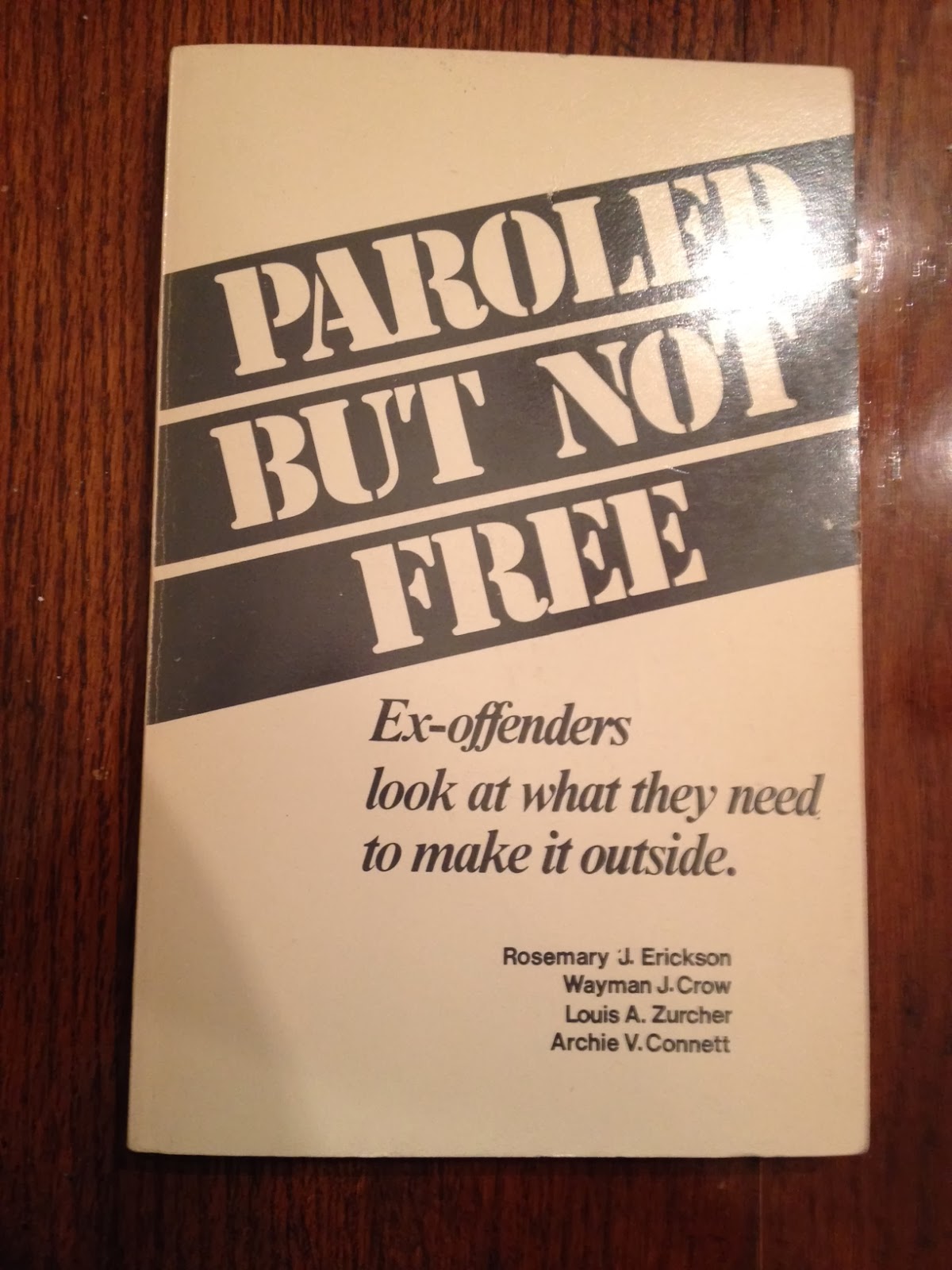 This is Archie Connett in his own words and is a continuation of these  posts, which you may find here and here.

"I became the right-hand man of the therapist, something of an auxiliary therapist, and the lead man in the psychological testing section. I learned to administer, score, profile, and interpret psychological tests, including projective techniques. As lead man, I located and selected the men who worked in the section and trained and supervised them. Incarcerated military officers, teachers, businessmen, doctors, lawyers (even a judge) wound up in the section.

I had staff library privileges and I read and wrote four papers which I presented to therapy groups, AA groups, etc. People began to come to me for help. I was asked by the staff to take a therapy group. At one time, I had three groups.

Suddenly, there were not enough hours in the day to do all the exciting things to be done -- all the reading, writing, working with individuals and groups. I was on a new frontier -- learning and doing things that gave meaning and significance to my existences; but I never did an easy day of time in prison. 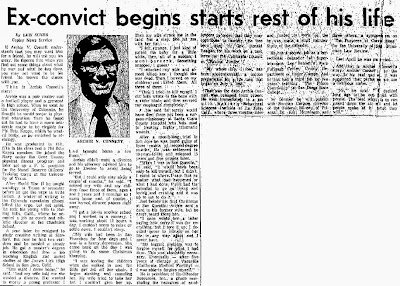 In my fifteen years in prison, I refused to think of myself as a convict, an inmate, a number. I accepted responsibility for what I had done; but I fought tooth and toenail to maintain my identity as a person. Not all custodial personnel nor even treatment personnel were happy with this, and I never hit it off with certain higher staff people who were easily threatened by a competent person traveling with the benefit of portfolio.

With these exceptions, I got on quite well with most people in prison. I got on with most staff people because I lived within the rules, with inmates, even regulars, because it was known that I never "ran to the man" and that I would help where I could.

For fifteen years, I was between a rock and a hard spot from which there seemed no way out. I had been tried and found guilty by jury through due process of law of three counts of murder second and one count of assault with intent to commit murder and sentenced to consecutive terms. I was given the maximum sentence the judge could legally hand down. However, after I had served eighteen months and was to appear for a parole hearing before the California Adult Authority, the judge wrote saying that if ever a man in the state of California had committed first degree murder, I was the man; that if ever a man deserved to go to the gas chamber, I was the man; that I should never be released from prison.

Each year the judge and the office of the district attorney held to the above view and reaffirmed it in a letter to the Adult Authority before my parole hearing.

That I did not do a day of easy time in those years in prison may also be indicated by a few excerpts from a letter to the district attorney:

I feel the full impact, the enormity of my offense. It was bizarre, horrible. I think no one feels this more intensely than I; and I cannot tell you the remorse, the sorrow, I feel for having taken from my children their chance to live, for having failed them, my wife, myself, and others. I miss my family.

I have done my best to find a way to go on living, loving, and creating. I am going to continue to do my best. But the offender -- no matter how hard he tries to, no matter how worthy he becomes -- can only join with and feel he is a part of society to the extent other people are willing to identify with and accept him on a one-to-one basis.

The district attorney did not answer my letter. Instead, he again wrote the Adult Authoirty saying his view of my situation remained unchanged.

In my letter to the Adult Authority, I said:

Next June, I shall have been in prison thirteen years -- three times my minimum parole possibility.

In the jury's verdict and the consecutive terms of the judge's sentence, in the reports you have on my conduct and rehabilitation, in the indication you have that I identify with our society's values and still feel I have a contribution to make, and in the knowledge that I am in the least parole risk category and have served three times my minimum parole possibility -- in these have you not full rational, moral, and legal basis for releasing me?

What sense does it make, what good purpose can it serve, to go on punishing me for what I did thirteen years ago in a terribly distrubed, irrational state of mind? What benefit can possibly accrue to those who insist that it be done, to those who do it, to me, to anyone?

But I was not released until two years later, until after the judge's death (the district attorney died of a heart attack three or four years after my trial) and some friends obtained a letter from the incumbent district attorney saying he would not oppose my release and that he thought the Adult Authority was in better position than he to determine it. After having been shot down, denied, thirteen times by the parole board -- in my fifteenth year in prison I was submitted en banc, that is, to the full board for parole consideration. After another six weeks, I received word I was to be paroled with a five-year tail.

On June 30, 1968, after more than five thousand days and nights in prison, I was released on parole.

NOTE: To read the front page story that was published in the Oakland Tribune the day after the murders on December 24, 1952, click here and here.
Posted by Schalene Dagutis at 5:11 AM