Hugh Bryan was born in 1699 and was a planter in St Helena's parish in South Carolina. He was the great grand uncle of the husband of my sister-in-law's 5th cousin's four times removed. When he was about 16 years old he was captured by Indians during the Yamasee War, which broke out in 1715 between colonial South Carolina and several Native American tribes. The war was caused by many things, including trader abuses, depletion of the deer population, increasing Indian debt to the colonists, land encroachment, and the rise of French trading power.

Reverend Horace Edwin Hayden wrote Virginia Genealogies, which was originally published in 1891. In it he included a quote from a letter from Reverend Hutson to Mr. DeBert, a merchant in London, which described Hugh Bryan's time as an Indian captive:

"It happened in the Indian war that which broke out in 1715, and was so memorable as to the events of it, that it stands for one of the grand eras of Carolina, that he was taken, I think at the beginning of the war, and was disposed of as a slave to one of the party that took him by the king of that people to whom the party belonged. He was in captivity among them in the whole near a year, during which time the providence of God remarkably appeared in his favor in several instances. I have only two or three in my memory, which may serve as a specimen of the rest. His Indian master (who was what they called a 'mixed breed') was killed in the engagement with the white people, by which means, though still in captivity, he got more freedom. 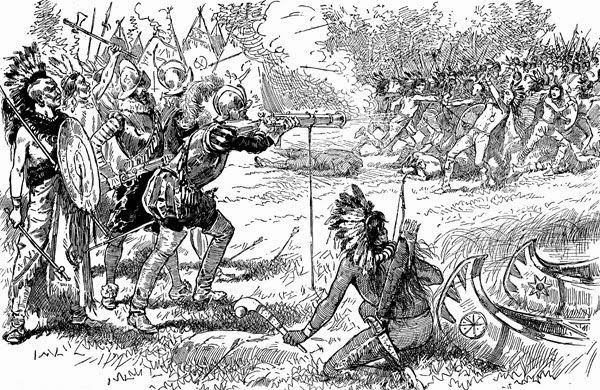 The king always stood his friend when the Indians under him solicited his death, which was very common for them to do when they heard of any success of the Carolinians against them, and they were particularly earnest upon the point when they heard of the death of one of their great men's sons. But the Indian king always interposed on his behalf, and would not suffer them to hurt him, out of regard to his father, who was a very hospitable man, and had been very kind to the Indians, though it is not very common with them to remember favors, especially in a time of war; and there were instances often in this war of persons who had been very kind to them, and yet were very cruelly treated by them, a circumstance which I rather take notice of to show how much providence was concerned in his preservation…Mr Bryan endured many hardships while among the Indians, and though his good behaviour [sic] gained him so much favor, that he fared no worse than their own Indian boys, yet at best his case was bad enough. At length, through the good providence of God, he was brought by them to the Spanish settlement at St Augustine, on the coast, and from thence, being released by the Indian king who had always been so friendly to him, he returned to his own land in peace, and here as he advanced in years grew in favor with all who knew him, and at length, by his integrity and industry, attended with divine blessing, he obtained a good report and a good fortune."

Hugh Bryan died on the last day of 1753 at the age of 54. He was married at least two times, perhaps three, and had one or two children.
Posted by Schalene Dagutis at 5:13 AM