Pete and I are traveling today so I'm going to get a little help from Wikipedia in telling you about the history of the Zirkle Mill, which I first wrote about discovering in this post.

In 1749, Thomas Lord Fairfax issued a land grant for 224 acres to George Brock. Brock sold this land in 1757 to Andrew Zirkle, who had arrived in the area in 1755 with four brothers, two sisters and his mother. Shortly thereafter, Andrew and his brothers built the mill. 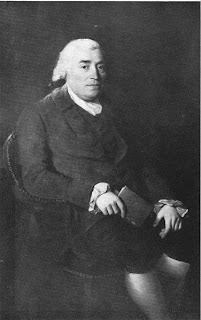 While the exact date of the construction of the mill remains a mystery, there is a variety of evidence that shows it was built and in operation by 1781.

The eminent American historian George Bancroft writes of contributions made by citizens to relieve "the poor of Boston" during the hardships caused by the blockading of the harbor after the Boston Tea Party. Bancroft specifically mentions contributions made by settlers in the Northern Shenandoah Valley, citing 132 barrels of flour being brought into Winchester. The Boston Tea Party occurred in December of 1773 and with the passage of the Intolerable Acts which contained the Boston Port Bill, the harbor was ordered closed June 1, 1774.

In "A History of Shenandoah County", written by Shenandoah Valley historian John W. Wayland, these contributions are cited and Wayland gives his interpretation of Bancroft's writings. It is family tradition that the Zirkle Mill was one of the sources for this flour. This claim is given further credence by the Shenandoah County Publick Claims which show that in 1781 Andrew Zirkle contributed six barrels of flour to the Continental Army. 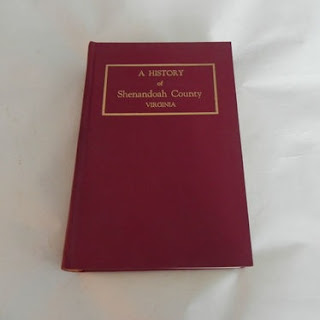 A History of Shenandoah County Virginia by John Wayland

In 1817, Andrew directed that the executor of his will sell the mill and distribute the proceeds among his descendants. The mill was subsequently sold to George Mowrey who was apparently his miller at the time. Mowery was unable to hold onto the mill and it passed through a number of owners until it was purchased by Peter Myers who lived just outside of Forestville in 1853.

War had once again come to the valley as the north and south faced off against each other in the Civil War. After driving Confederate General Jubal Early from the field at the Battle of Fishersville, Union General Phillip Sheridan pursued him as far south as Staunton, Virginia. There he stopped as he feared Confederate Troops from the Richmond area might move to his rear and trap his army between two forces.

General Sheridan was then ordered by General Ulysses S. Grant to burn "the breadbasket of the Confederacy." Sheridan then retreated north towards Winchester, Union troops rode the width of the valley setting fields, barns and mills ablaze.

At the Zirkle Mill, the miller Samuel Hockman climbed the hill facing the mill. In the distance he could see the mill at nearby Moore's Store, Harpinetown and the Myers farm being set ablaze. He ran and got a Union Flag, climbed onto the roof of the mill and hung it there.

He ran to meet the Union Cavalry officers in the road. The flag and his pleadings convinced them of his sincerity and the troops were ordered to leave the mill alone. It was the only mill on Holman's creek to survive that day. The General in charge of the Union Calvary in this area was none other that George Armstrong Custer. 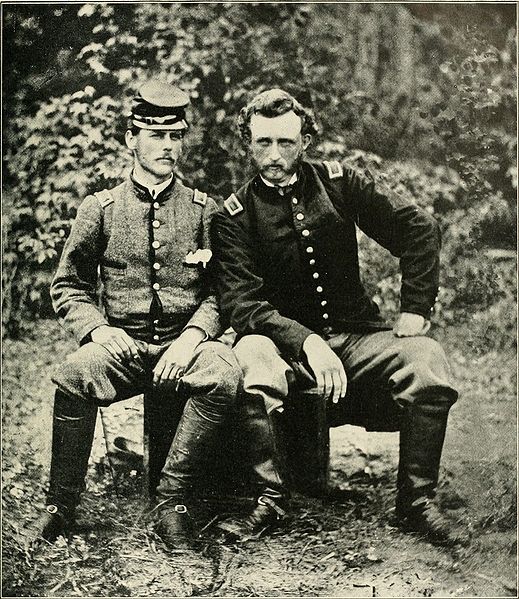 Joseph Andrick purchased the mill in 1867 and operated it until his death in 1893. His sons Casper and Charles ran the mill for a number of years and upgraded the mill by installing roller milling equipment. Much of this equipment is still in the mill today.

After the Andrick brothers sold the mill in 1906 it again passed through a number of owners hands each trying his hand at the milling trade. Finally, in the late 1940's, no longer able to compete with modernized factories the mill finally ceased operations after 180 years.

The mill sat neglected for many years until 1980 it was bought by a North Carolina carpenter named Glen Hofecker who restored it to working order. It was during this time that the mill was added to the Virginia Historic Landmark Register in 1992 and then placed on the National Register of Historic Places in 1993. 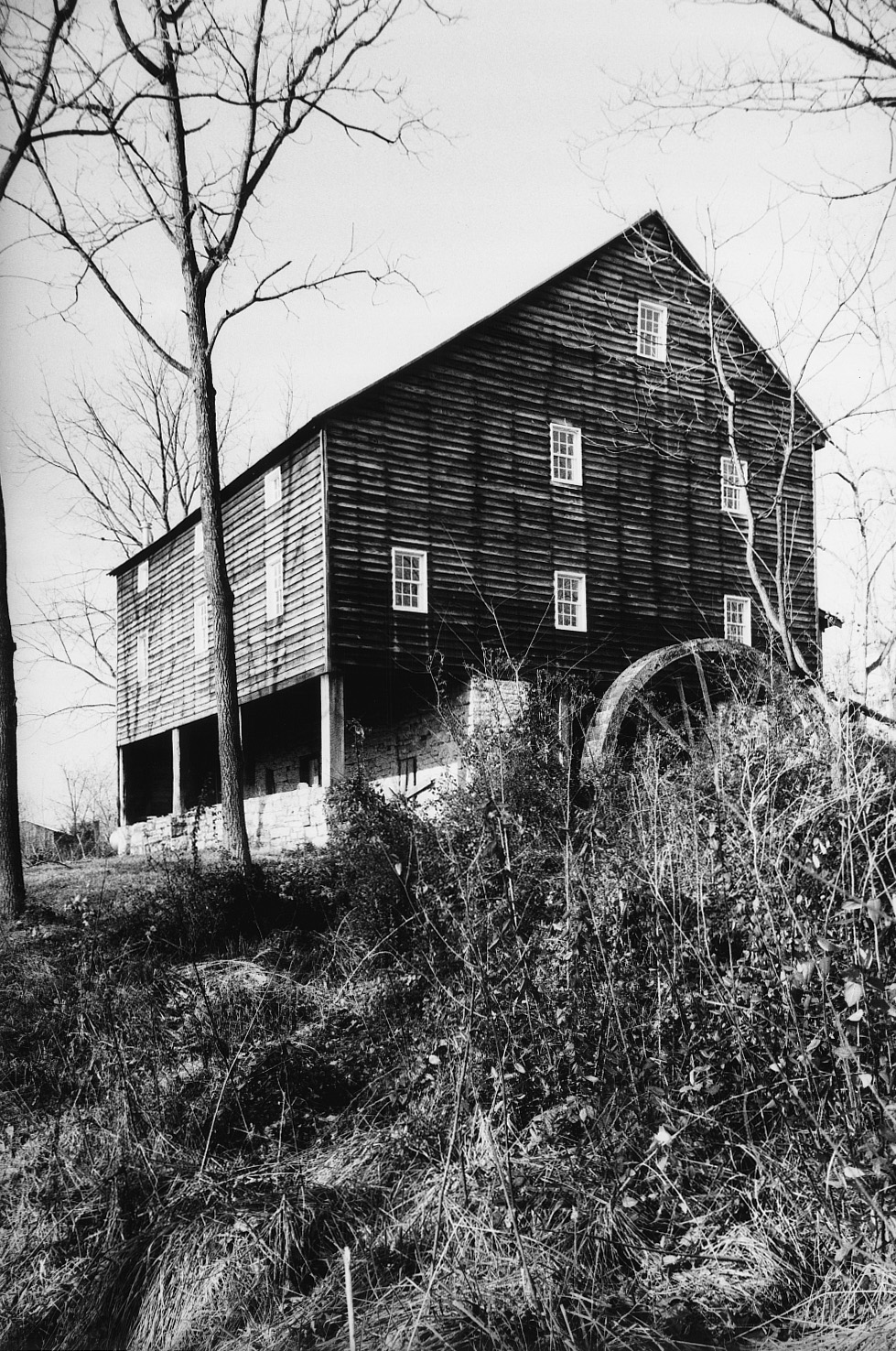 Hofecker sold the mill at auction in 1992 to Gordon D. "Sonny" Bowman, a local orchardist.
Bowman owned the mill for 11 years and then decided to sell it. He placed it on the open market for a year with no takers. Finally, the Frontier Culture Museum of Staunton, Virginia came calling. They were looking for a mill to be the centerpiece of an exhibit on 1850's life. The Zirkle mill was a close fit to what they had in mind. After publicly announcing the project, enraged local citizens and Zirkle descendants banded together to save the mill and the fight was on.

Two Zirkle descendants, Rob Andrews and Sherryl Andrews Belinsky formed the Save the Zirkle Mill Foundation and dove headlong into the fight. Along with the Zirkle Mill Foundation and interested citizens, they carried out a yearlong campaign to save the mill. The Frontier Culture Museum is state funded and is restricted by acquisition laws of the Commonwealth of Virginia. The purchase of the mill property was highly irregular. After taking the case to the State Attorney General's office, the Attorney General issued an opinion stating that the Governor of Virginia must approve the acquisition of the mill by the museum as dictated by state laws.

In July of 2005, Governor Mark Warner denied the acquisition of the mill by the museum to the great delight of everyone. Mr. Bowman waited a few months and quietly put the mill up for sale again. While it had become famous, there were few takers. Rob Andrews and Sherryl Belinksy made an offer for the mill and on January 5th, 2006 became the owners of the Andrew Zirkle Mill.

They created the Zirkle Mill Foundation, a non-profit Virginia corporation, whose purpose is to preserve historic structures and places, primarily in Shenandoah County, Virginia, for the education and enjoyment of the public.

The mill as it looks today. Photos courtesy of the Zirkle Mill Foundation: 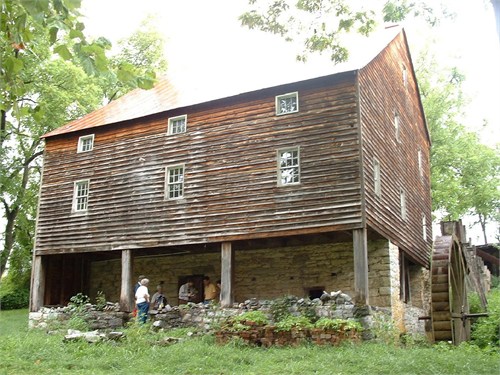 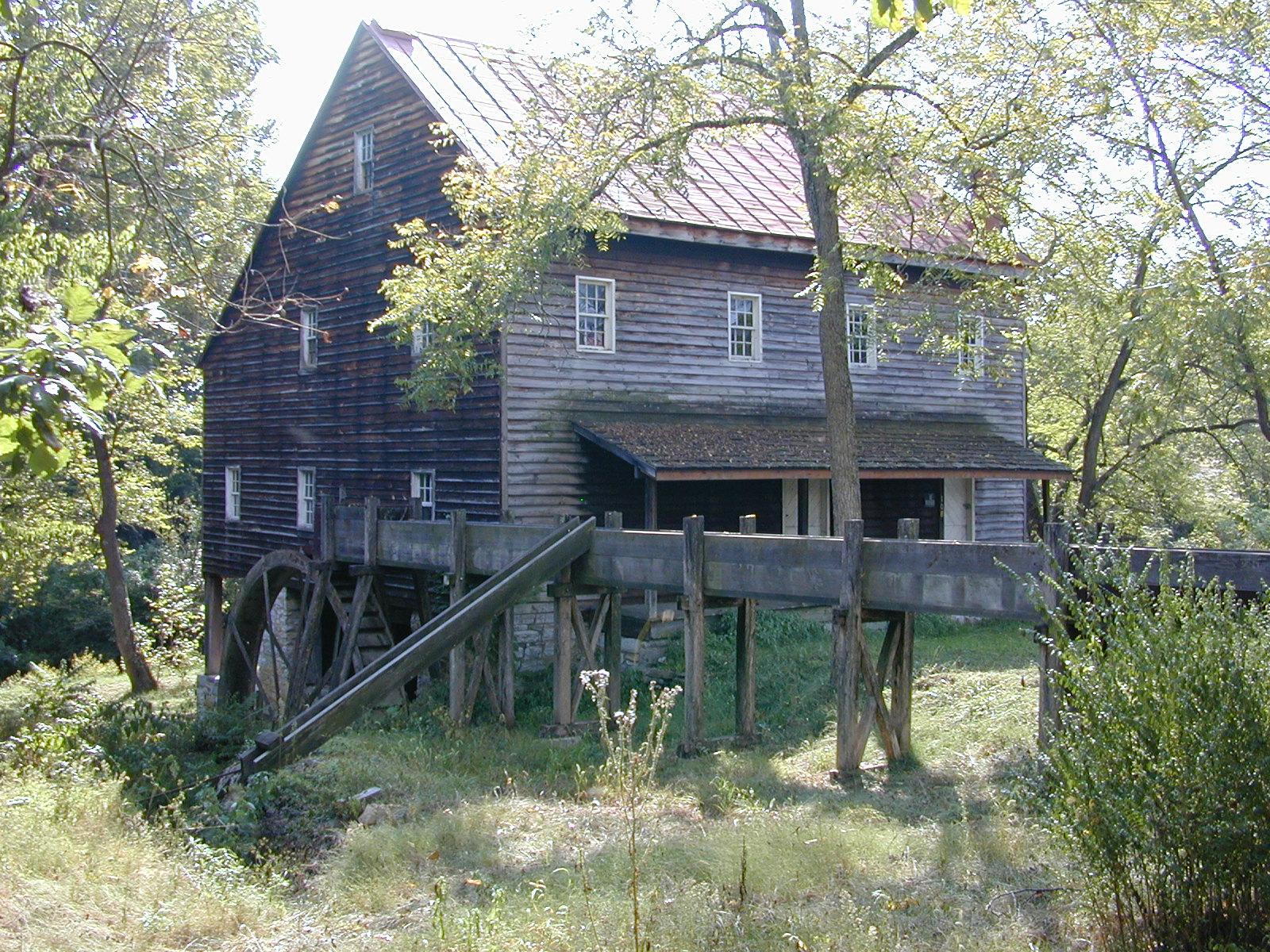 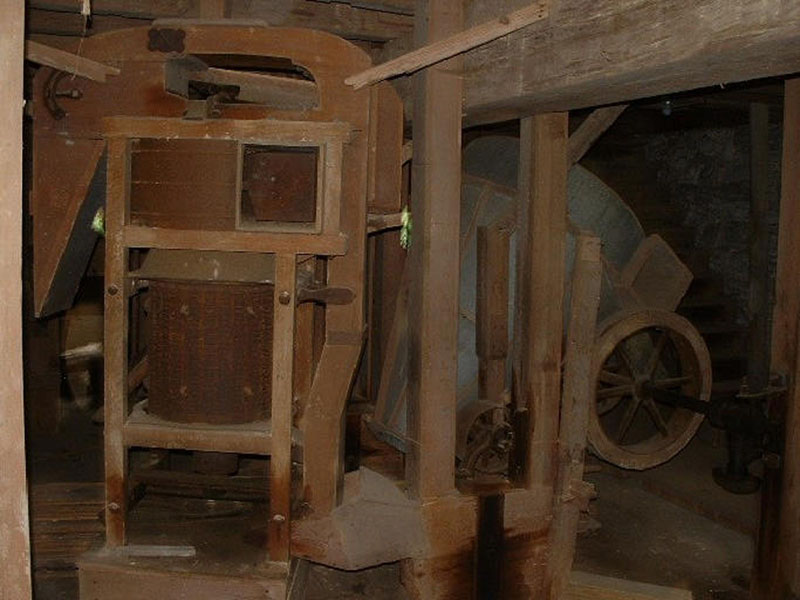