After I posted about my Aunt Joan's family, Pete and I drove to southern Maryland and visited with an aunt and uncle.  It turns out my aunt knew a little more of the story.

Aunt Joan's father, William Judkins Bailey, did remarry and had at least one daughter by his second wife. According to my aunt, Aunt Joan actually met her half-sister once.  Since posting a link to the blog on my Tangled Roots and Trees Facebook page, I've heard from a cousin that her mother knew some of Aunt Joan's siblings fairly well because my uncle (and her husband) also went to Anderson Bible College, now Anderson University. I talked to this aunt on 29 Jul 2013.

She confirmed that William Bailey did not part on good terms with the missionary board, which might corroborate the story Mom remembers about there being another woman in Kenya. It might also be the missionary board frowned on divorce. My aunt remembered William and Lilly Bailey did go on a mission once and left the younger children with Elizabeth, the oldest sister. This appears to be backed up by the 1934 trip when only William and Lilly returned to the U.S.

I was also able to track down the woman, through Ancestry.com, who included a quote from Aunt Joan's brother, Maxell's, journal as a source citation on her family tree.  It turns out that not only did Maxwell write a journal but another brother did as well and this very kind lady has them both.  Over 400 pages of goodness arrived earlier this week and have been very interesting reading. They contain little about the family genealogy, but delightful vignettes of traveling to and from Kenya and scenes of daily life in Africa.

I feel like I've got a pretty good handle on what happened and have identified many of Aunt Joan's siblings' descendants.  I'm still missing definitive information about William Bailey's second family, but I'll get there eventually.

This is a photo of Aunt Joan's mother, Lilly Manson (Bradley) Bailey and an unknown man. Based on a photo in Homer's journal, I believe the man may be William Bailey and not "Thomas J" as he is identified on Ancestry.com. 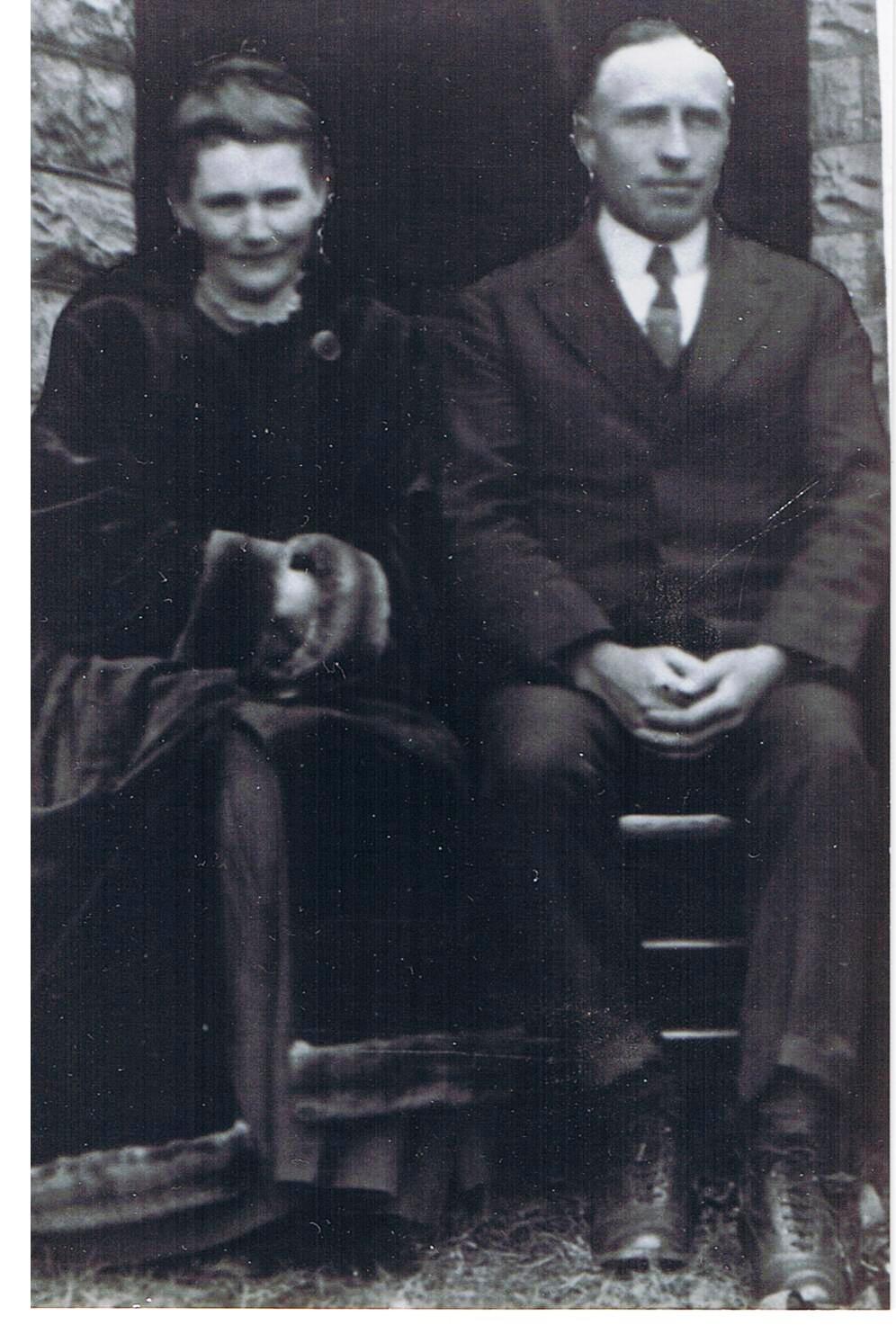 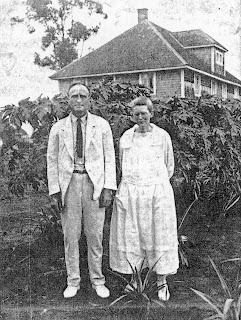 William and Lilly (Bradley) Bailey in Kijabe, Kenya
So, do you think the men are the same person in the two photographs?﻿
Posted by Schalene Dagutis at 7:27 PM