Biblical Plague or a Locust Infestation?

In 1876 the U.S. Congress called the locust "the single greatest impediment to settlement of the country between Mississippi and the Rocky Mountains." Or so I learned when I read Jeffrey Lockwood's 2004 book, "Locust: The Devastating Rise and Mysterious Disappearance of the Insect that Shaped the American Frontier." 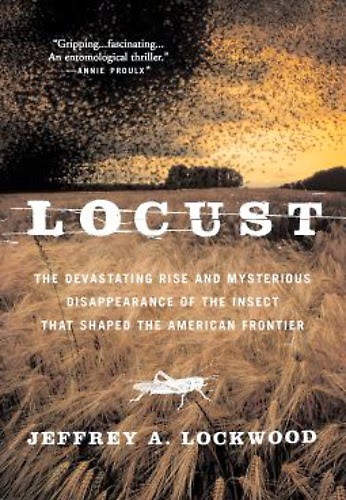 This is yet another case when my quirky taste in reading material has helped with my current genealogy obsession. The book was fascinating because the infestation of locusts was simply amazing to imagine. They would be so dense in the sky, they darkened the day, blotting out the sun. They were voracious eaters, and would even eat the fabric of your clothing in their quest for sustenance. Their annual plagues played a large part in the creation of the U.S. Department of Agriculture, modern agricultural research, and public welfare. It was one of the first times the federal government aided citizens in time of need, though as with today's highly-divided political climate, that aid was not without detractors. Many believed the homesteaders of the Great Plains states, through bad behavior, caused the locust to attack their crops just like the Old Testament Biblical plague. Many of my Beard and Amsberry ancestors were early settlers of Nebraska and would have lived through these infestations. 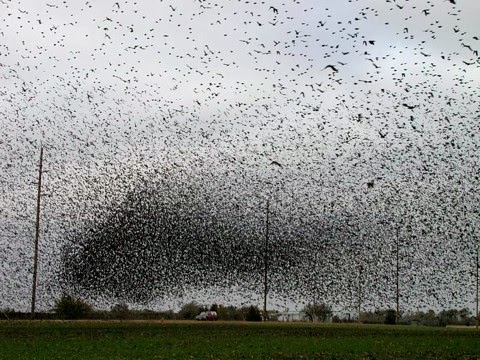 I was reminded of Lockwood's book after discovering "Compendium of History, Reminiscence and Biography of Western Nebraska Containing a History of the State of Nebraska," which was published in 1909.  The chapter on miscellaneous historical matters included an article, "The Locust or the Grasshoppers." Harrison Johnson wrote:

"During the growing season of 1874 and 1875 the Rocky Mountain locust, or grasshopper, visited Nebraska and did incalculable damage by devouring crops in a large portion of the state. In many sections, more particularly in the western and middle counties, the destruction of crops by these insects was almost complete, not a vestige of anything green being left untouched by them; and as many of the farmers living in the sections so afflicted were new settlers, the total loss of crops upon which they were dependent for the support of their families, was a great calamity and caused much distress and suffering. The destitution was so widespread and so great in some localities that public aid was asked for, for the relief of the sufferers." 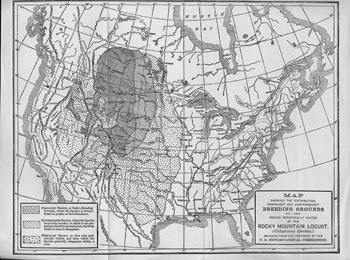 An 1875 map shows the swath of locust infestation that decimated crops and left land barren. Photo courtesy of the Missouri State Historical Society

He then goes on to state:

"While it is true that the damage done by the locust was very great, and caused much genuine distress among the people in several counties, yet the whole matter was greatly exaggerated and enlarged upon by a certain busy class of persons who somehow always come to the front on such occasions actuated generally by to further their own selfish ends than by any kindly, true feeling for the distressed. This blatant noisy class, with their loud demonstrations and universal begging, not only disgusted the more sensible people, did the state an injury next to that of the locusts themselves."

That last paragraph sounded me of boosterism or something the U.S. Chamber of Commerce might have written 100 or so years ago!
Posted by Schalene Dagutis at 5:13 AM