Fitter to be a Gardener than a Governor

Daniel Tucker (baptized 10 Apr 1575, died 10 Feb 1625) was the grandson of William Tucker of Throwleigh, Devon, England and the 2x great grand uncle of Nathaniel Tucker. He was a captain, member of the Virginia Company of London (second charter), member of the Bermuda Company, cape merchant (treasurer) at the Jamestown Virginia Colonly in 1609, and governor of Bermuda from 1616 through 1619. 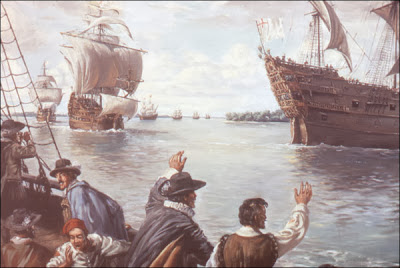 When he arrived as cape merchant, the Jamestown Colony was in dire straits. He set about controlling the meager stores and built a small boat, or shallop, from which to fish. Percy, president of the colony and the brother of Earl of Northumberland, said, "Daniel Tucker proved himself resourceful, for from a small boat which he had built, he caught fish in the James River, and this small relief 'did keep us from killing one another to eat.'" But Tucker's efforts were apparently not enough. The colonists elected to abandon Jamestown and try to return to England aboard the Deliverance, which was left by Admiral Somers in 1610, and Tucker's shallop. They were headed down the James River when they met the ships of Lord Delaware.  Jamestown was saved and became the first permanent English settlement in what would become the continental United States. 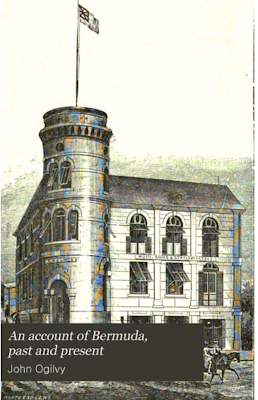 An account of Bermuda, past and present by John Oglivy; published by S Nelms: Bermuda, 1883

King James I granted a charter to the Bermuda Company in 1615, and Captain Daniel Tucker was appointed governor of the island and arrived there in 1616. According to Tucker family papers, he found the people lazy and uninspired. Robert Dennard Tucker's book, William Tucker of Throwleigh, Devon, described Captain Tucker's work on Bermuda:

"He immediately imposed a discipline on the colony that was generally resented. Within a few days of his arrival he had a man hanged for speaking derisively of the new governor and his methods. He cursed, cajoled, and whipped them into shape…He would have the population work if they wanted to be fed. Food, as he knew from his Virginia experience, was essential to a successful colony. He was imperial but effective. Crops were planted, rats reduced, fishing routines established, and living accommodations were built.

Naturally, the company's shareholders were eager for profits. In fact, they were impatient. Captain Tucker, however, insisted on the development of a reliable food and water supply before pearl diving and whaling of the purpose of ambergris. He knew there were no natural resources to provide "quick riches" for the company. He therefore concentrated on the fundamentals and caused his critics to proclaim that he was 'fitter to be a gardener than a governor'."

Daniel Tucker was not reappointed governor. Nathaniel Butler, privateer, became the next governor of the island.
Posted by Schalene Dagutis at 6:09 AM