Anyone who has studied United States colonial history knows Jamestown was settled in 1607. But did you know how close it came to being just another failed attempt of English colonization in the New World? Technically, the colony had been abandoned and its settlers were sailing down the James River in hopes of returning to England when they met Lord Delaware's ships, loaded with supplies and new people, which saved the colony.  What caused the early settlers to abandon Jamestown? 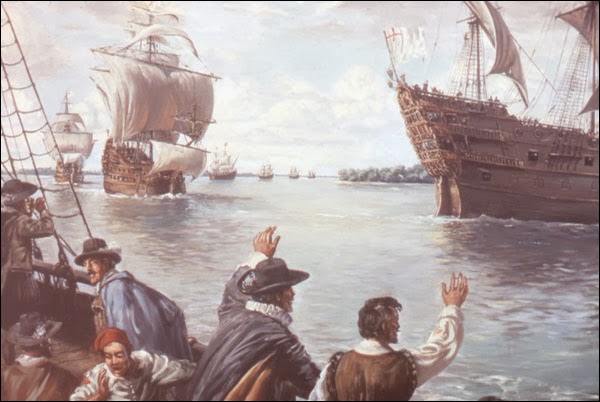 A gunpowder burn forced John Smith, the colony's leader, to return to England in 1609; and a boatload of new settlers and supplies sunk off the coast of Bermuda. The winter of 1609-10 became known as the "Starving Time." Disease and hunger ravaged the colony. George Percy described this terrible time in his A True Relation of the Proceedings and Occurrences of Moment which have happened in Virginia from the Time Sir Thomas Gates was shipwrecked upon the Bermudas, which he wrote in 1612 as a rebuttal to Captain John Smith's A General History of Virginia. Smith had questioned Percy's leadership in his popular tome.

"And now, famine beginning to look ghastly and pale in every face…nothing was spared to maintain life and to do those things which seem incredible, as to dig up dead corpses out of graves and eat them, and some have licked up the blood which had fallen from their weak fellows. And amongst the rest, this was the most lamentable: that one of our colony murdered his wife, ripped the child out of her womb, and threw it into the river, and after, chopped the mother in pieces and salted her for food." 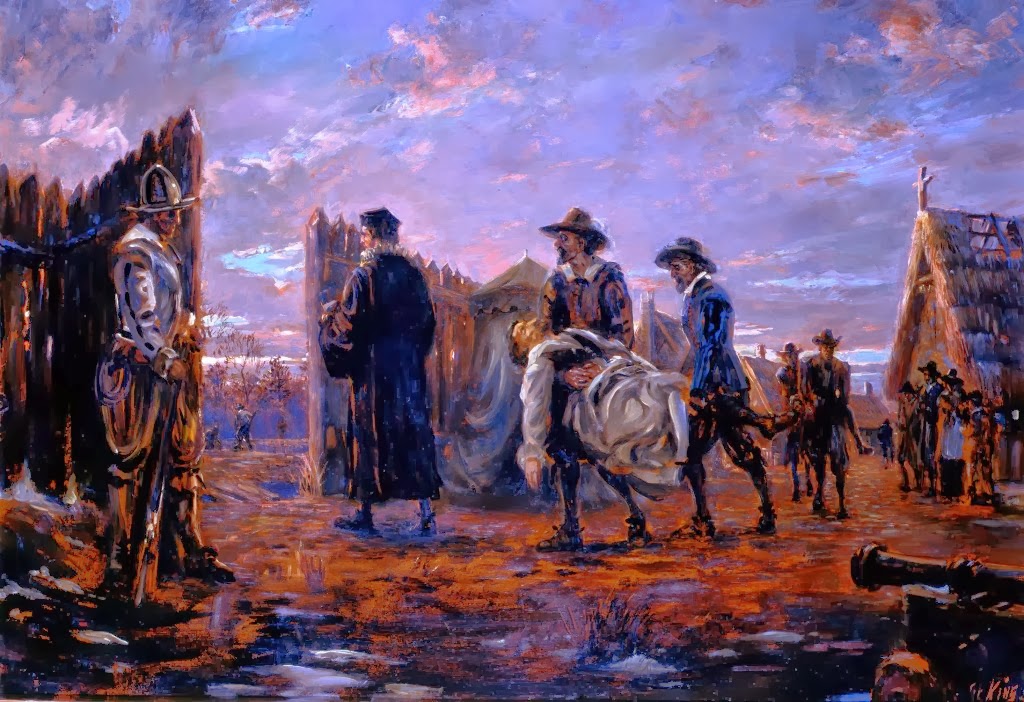 Daniel Tucker was in Jamestown during the Starving Time; and Percy, then president of the colony, put Daniel Tucker in charge of rationing the food stores. Percy praised Tucker's work, "by his industry and care caused the same (provisions for three months) to hold out four months." Percy continued, "Daniel Tucker proved himself resourceful, for from a small boat which he had built, he caught fish in the James River, and this small relief 'did keep us from killing one another to eat'."

The work of Daniel Tucker -- food rationing, fish he caught, and the small boat he built -- helped the settlers survive long enough for that fortuitous meeting in the James River with Lord Delaware.
Posted by Schalene Dagutis at 5:18 AM