Several years ago I was interested in the period of American history immediately after the Revolutionary War. Specifically, I was trying to understand why the economic fortunes of Virginia declined beginning in the 1780s. One of the books I read was Scandal at Bizarre by Cynthia A. Kierner. The implosion of the Richard Randolph family of the Bizarre plantation was almost a metaphor for the period. 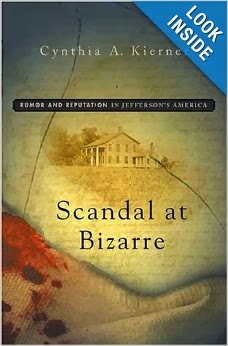 The facts of the scandal are these. Richard Randolph, a step-son of St. George Tucker (my sister-in-law's 3rd cousin six times removed), married his second cousin once removed, Judith Randolph. Together they lived at Bizarre Plantation in Cumberland County, Virginia, near Farmville. Judith's sister, Ann Cary "Nancy" Randolph lived with them after their mother's death and father's subsequent remarriage. Nancy became pregnant, and one night while visiting friends, delivered either a stillborn or living child. Her brother-in-law, Richard, supposedly took the child outside by the woodpile and killed it or disposed of the body.

As the house slaves began to talk, the rumor spread to other great plantations and within a few months it had become one of the greatest scandals in the Commonwealth's history. In April 1793, Richard Randolph was accused of "feloniously murdering a child said to be born of Nancy Randolph." He was defended by Patrick Henry and John Marshall, and he was acquitted but died three years later.

Nancy Randolph remained at Bizarre with her sister, Judith, but Judith asked her sister to leave in 1805. Nancy was dubbed "the Jezebel of the Old Dominion" and eventually traveled north to improve her circumstances. She agreed to become housekeeper for Gouverneur Morris in April 1809. They married in December of that same year. Gouverneur Morris was more than 20 years her senior; and their son, Gouverneur Morris, Jr., was born in 1813. 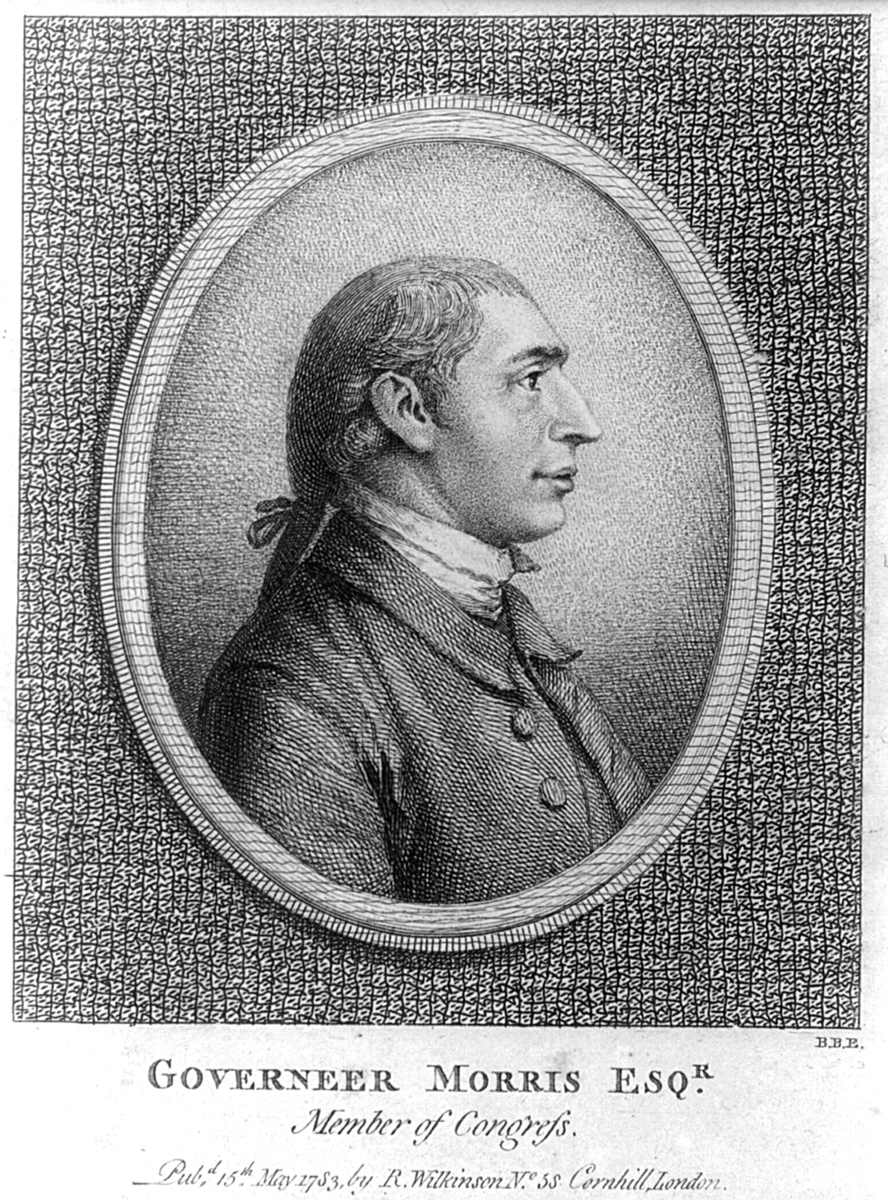 Later in life Nancy did admit to becoming pregnant in early 1792. She always insisted she was engaged to Theodorick, Richard Randolph's brother; and it was he who fathered the child, which was born stillborn. Theodorick had long been ill and died of tuberculosis in February of 1792. No public mention had been made of an engagement between Nancy and Theodorick.

Richard Randolph's brother, John Randolph of Roanoke, never forgave Nancy. He wrote to her after she had married about her husband:

"If he be not blind and deaf, he must sooner or later, unmask you, unless he die of the 'cramp in his stomach' you understand me!" 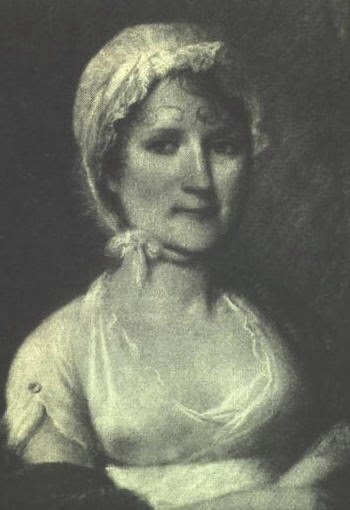 "I observe, Sir, in the course of your letter, allusions to all Shakespeare's best tragedies. I trust you are, by this time, convinced that you have clumsily performed the part of 'honest Iago.' Happily for my life, and for my husband's peace, you did not find in him a headlong, rash Othello. For a full and proper description of what you have written and spoken on this occasion, I refer you to the same admirable author. He will tell you, 'it is a tale told by an idiot, full of sound and fury, signifying nothing!'"

Quite an effective putdown I'd say. John Randolph had a complex personality; he was described by Wynham Robertson, former governor of Virginia and author of Pocahontas, Alias Matoaka and Her Descendants, thusly, "he dazzled but did not warm, and no fruit ripened in his rays."
Posted by Schalene Dagutis at 6:13 AM