"Old Dan Tucker" is a popular song with obscure origins. The Virginia Minstrels, a blackface troupe, popularized the song in 1843 and it quickly became a hit in the antebellum period. Today it is a bluegrass and country music standard. 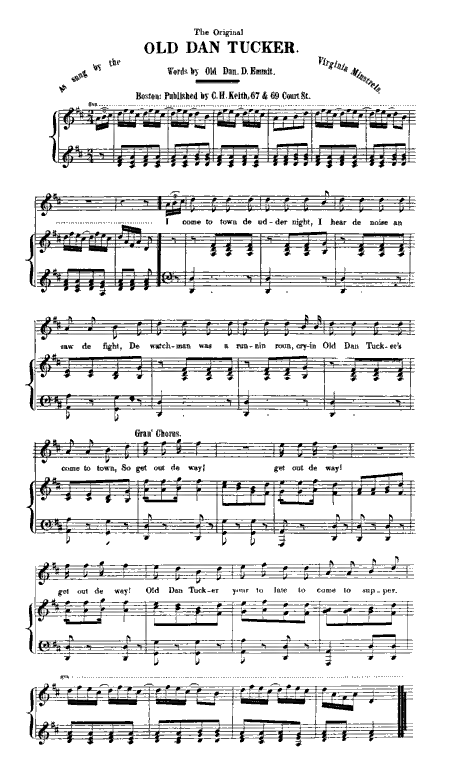 The State of Georgia is more sure about the origins of "Old Dan Tucker." According to a historical marker, the song was created in honor of Reverend Daniel Tucker, the owner of a large plantation on the Savannah River. 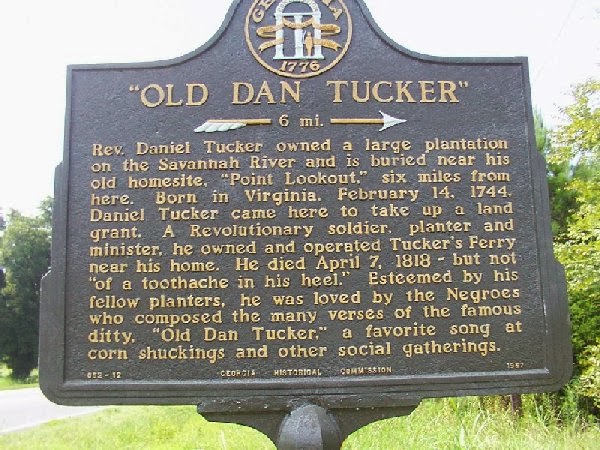 Rev. Daniel Tucker owned a large plantation on the Savannah River and is buried near his old homesite, "Point Lookout," six miles from here. Born in Virginia, February 14, 1744, Daniel Tucker came here to take up a land grant. A Revolutionary soldier, planter and minister, he owned and operated Tucker's Ferry near his home. He died April 7, 1818 -- but not "of a toothache in his heel." Esteemed by his fellow planters, he was loved by the Negroes who composed the many verses of the famous ditty, "Old Dan Tucker," a favorite song at corn shuckings and other social gatherings.

Whatever the origins of the ditty, I am wondering if Daniel Tucker (1744-1818) is related to my sister-in-law's Tuckers.
Posted by Schalene Dagutis at 5:01 AM