For the third week of Amy Johnson Crow's 52 ancestors in 52 weeks challenge I am back to my sister-in-law's Tucker family, but I've jumped forward in time about 200 years. January 22nd marks the fourth anniversary of the death of Robert Dennard Tucker[1], a man I never met but treasure greatly because of his 40 years of Tucker genealogy research and his book, The Descendants of William Tucker of Throwleigh, Devon, which was published in 1991. It helped me break through one of my brick walls. 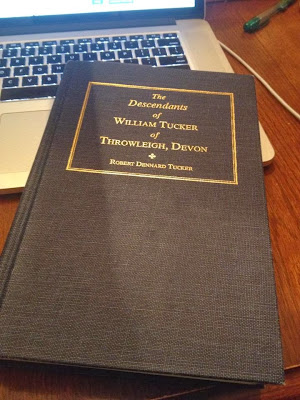 My sister-in-law is a Tucker from the Georgia line. I spent several months researching her ancestors and was able to confirm that Henry Crofford (Crafford or Crawford) Tucker (1752-1832) was her five times great grandfather.  But I got stuck there over some confusion as to who Henry's father might be -- Benjamin Tucker or Elisha Tucker. Most published sources said Elisha, but it made no sense to me as his most likely birth date made him more Henry's age. So I stopped beating my head against this brick wall and moved on to other research. 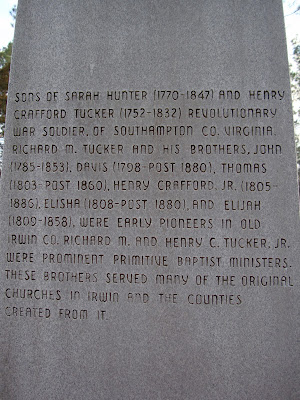 Months later I picked up my Tucker research again, but decided to attack it from another angle. I had read in many Tucker histories the family was originally from Bermuda, though I had found no such connection by tracking backwards from my sister-in-law. So I decided to research the Bermuda Tuckers and see where that went. This approach is in no way recommended by any genealogy protocol I have ever read about brick walls.  However, I'm a curious, undisciplined sort of person so I broke the "rules." Attacking a brick wall obliquely can be a waste of time or you can hit pay dirt, but I find it's always interesting.

The Bermuda Tuckers[2] were fascinating -- real island "movers and shakers." Some of them even moved back to England and it was obvious they were a very well-connected family. The English Tuckers were instrumental in colonizing India, for example, in addition to Bermuda, and helping to save the colonists at Jamestown. I had a very nice family tree going for the Bermuda Tuckers and several given names were common between that line and my Georgia Tucker line, but I just couldn't make the connection. 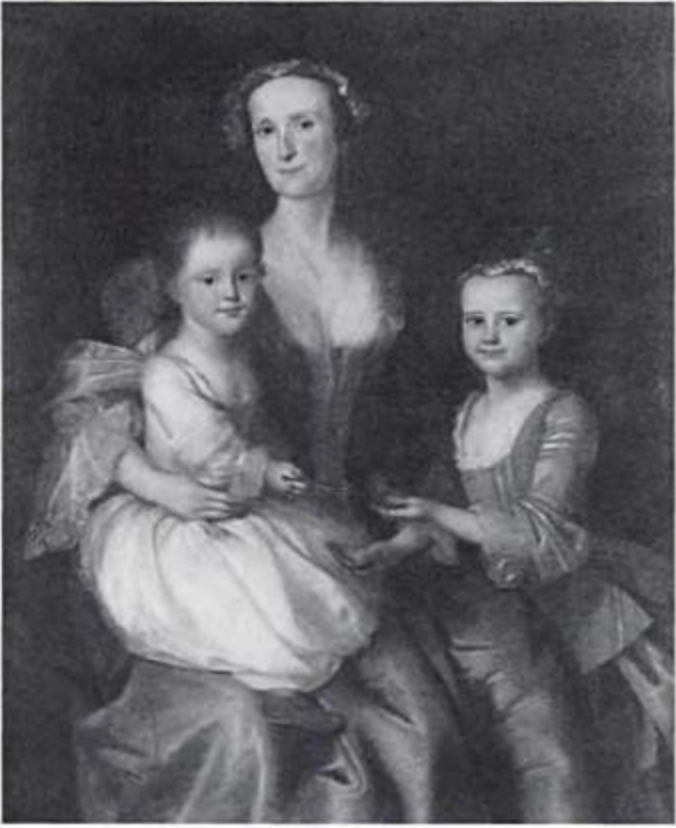 Anne (Butterfield) Tucker, wife of Col. Henry Tucker, and two of her children, Elizabeth and Nathaniel[2].  They sat for this portrait by Joseph Blackburn in 1753.  Image from the book, Family and Society in American History, edited by Joseph M Hawes and Elizabeth I Nybakken

Then I read a reference to The Descendants of William Tucker of Throwleigh, Devon by Robert Dennard Tucker. From the reference, it seemed as if the book included Bermuda and Georgia Tuckers.  I Googled the book title and found a seller on eBay with the wonderful "Buy It Now" button. I bought that book in a second!

It took forever to arrive and I was pretty excited when it did. After days of reading, I learned that both my Tucker trees -- Georgia and Bermuda, though bare boned -- were correct as far as they went. More importantly, I was able to figure out through Robert Tucker's wonderful research how the two lines connected. It turns out Benjamin Tucker (1704-1778) was Henry Crofford Tucker, Sr's father (my brick wall) and Benjamin's father was Henry Tucker (1652-1728), who I already had in my Bermuda tree. The connection hung on just one person missing from my two Tucker trees. And that's how I knocked down my Tucker brick wall. I now call an oblique attack on a brick wall a "Tucker maneuver."

And that's why I am so indebted to Robert Dennard Tucker, a man I have never met.


_______________
[1] Robert Dennard Tucker was born on 18 Jul 1933 at Tifton, Tift, Georgia, to Robert Buck and Ethel Margaret (Dennard) Tucker. He married Peggy Angelyn Smith on 23 Jun3 1957. He died on 22 Jan 2010 at Atlanta, Georgia, and is buried in West View Cemetery at Monticello, Jasper, Georgia. His book, William Tucker of Throwleigh, Devon, is currently out of print. My copy has a cherished place in my genealogy library.

[2] I wrote about one of the Tuckers from the Bermuda line, Nathaniel Tucker, as the subject of my 52 Ancestors Week #1 post.