My Brother's DNA Results -- Are We Related?

My brother's DNA results came back from Ancestry.com recently. I can't believe how different our ethnicity is: 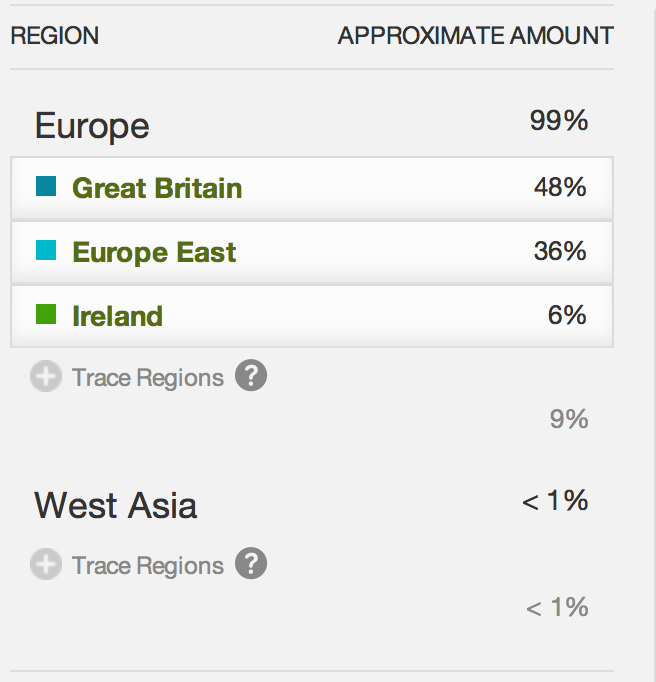 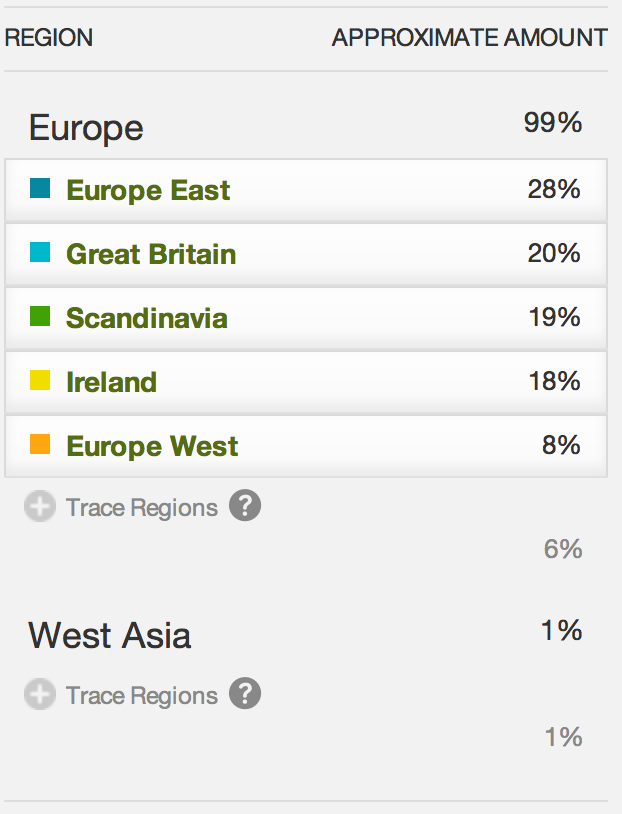 My brother's DNA ethnicity on the left and mine on the right.

The ethnicity maps are even more startling. 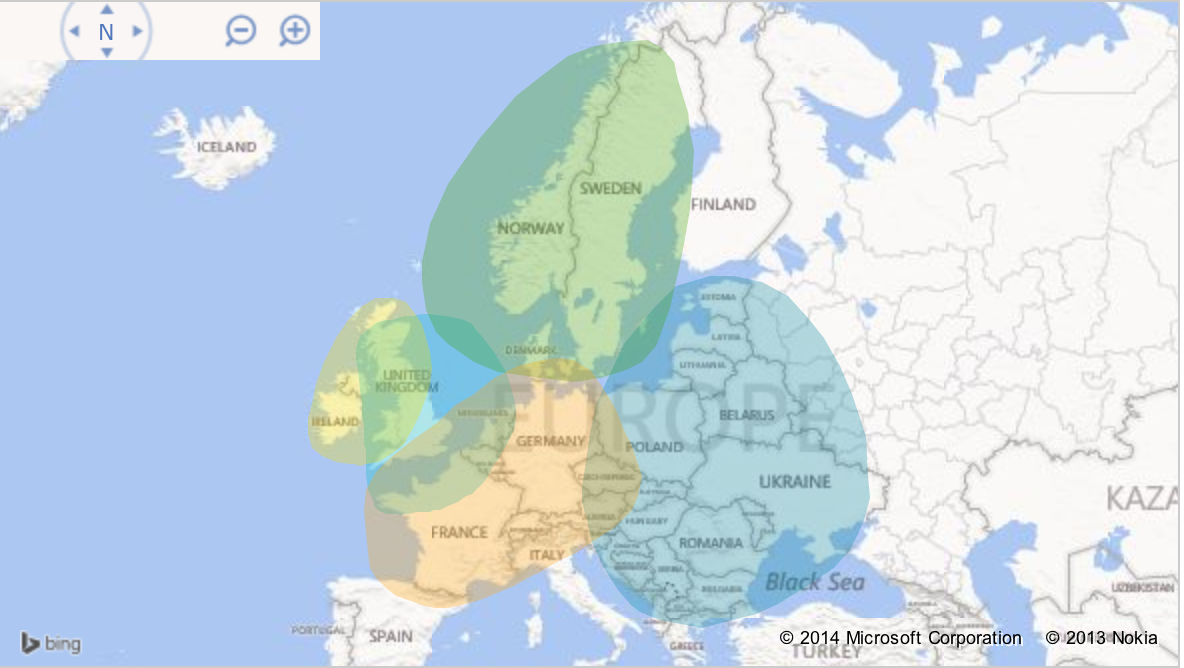 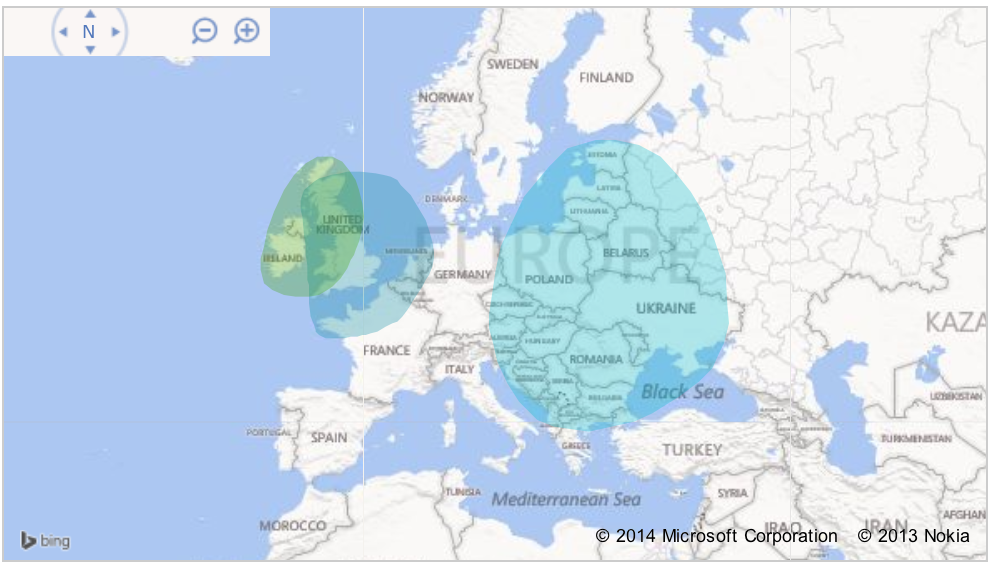 We get half our DNA from each parent, but siblings don't necessarily get the same half. Each time DNA passes from parent to child, it gets partially mixed. This is called "recombination." Recombination is a random process. It's why after five or six generations you end up with less autosomal DNA from one of your ancestors' lines.

Our mother's parents' surnames are Schalin and Lange. Both families considered their nationality to be  German. The farthest back we've been able to trace the Schalin family is 1796 to Poland. There is a theory, not proved, that the family was originally Swedish -- Skalin -- and came to Germany in the 1400s. The Langes, we can trace only to about 1860 to the Volhynia region of what is now Ukraine, but at the time it was part of Russia.

Our father's parents' surnames are Muir and Jennings. The Muirs we can trace back to about 1800. Apparently our earliest known ancestor was born in Ireland, but married a Scottish woman and lived his entire adult life in Scotland. The Jennings are from England and came to the U.S. well before the Revolutionary War. They married into several other pre-Revolutionary War families, who came to the colonies from various places in Great Britain.

I really do need to learn more about DNA.  I'm amazed our ethnicity results are so different.  However, we definitely came from the same set of genes as we have several cousin matches in common. Come to think of it, all these cousin are from our father's ancestors! Wait, I linked my tree to his results. Hmmm… ;) 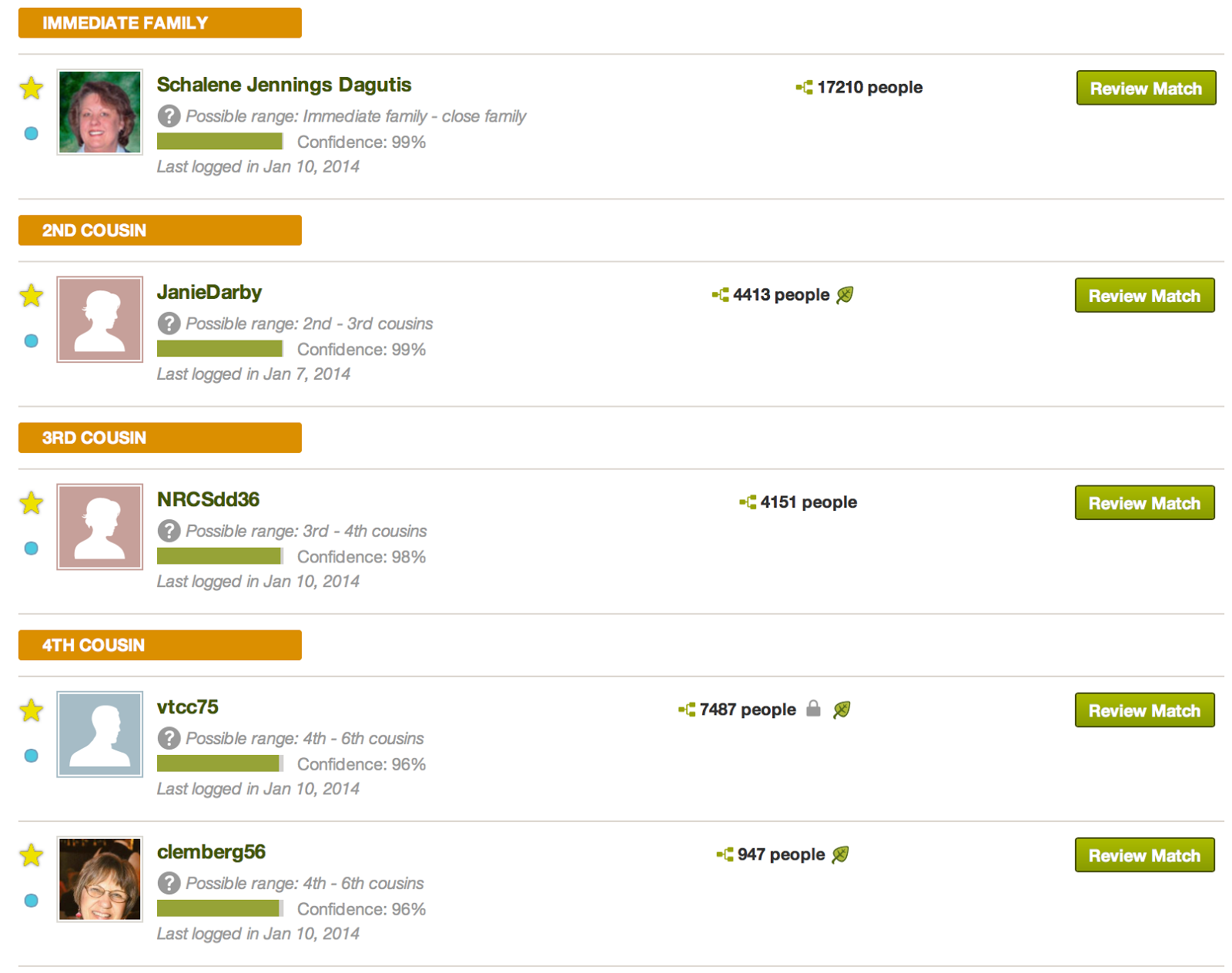 I have uploaded my DNA raw results and family tree to Family Tree DNA but before I can optimize my use of all the information there, I need to get up to speed on chromosome matching. I've found its been a real struggle for me to grasp. And I hate admitting that. I believe I am going to put my engineer brother on the case! Does anyone have some easy to grasp reading material on chromosome matching?

I wonder if I can get my other brother to take the spit test.
Posted by Schalene Dagutis at 5:12 AM