Last week Amy Johnson Crow, author of the No Story Too Small blog, issued the 52 Ancestors in 52 Weeks challenge to the genealogy and family history blogging community. Yesterday she posted the Week 1 Recap and included a link to it on Facebook. Amy was kind enough to sort her recap by surname so that we could look for common ancestors. And at least one cousin connection was made already!  It turns out my post about Nathaniel Tucker was "cousin bait." 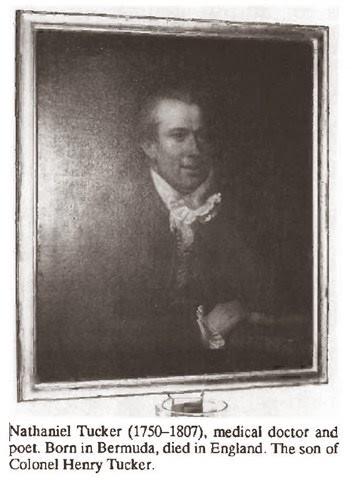 Beverly Harrison, author of The Hopelessly Hooked Genealogist, spotted the Tucker surname. She descends from Francis Tucker (1653-1723), who went to Bermuda from England. This branch of the family went on to Virginia, Kentucky, and Missouri. My sister-in-law descends from Henry Tucker (1652-1728), who was born in Bermuda. This branch went to Virginia and then Georgia sometime before 1790. Both our lines descend from William Tucker of Throwleigh, Devon (1495-1543) and our common ancestor is George Tucker (1621-1663).

We'll be comparing our Tucker trees next. It's been an exiting day at Tangled Roots and Trees!

Update #1: I've been reading the entries for the 52 Ancestors in 52 Weeks challenge on Amy's recap post. It appears Nathaniel Tucker was not the only cousin bait in Week 1. Bill West's post about his 8x great grandfather, Edward Colbourne (Colborne, Colburn or Coburn) netted him a new cousin, who participates in the 52 Ancestors challenge on Facebook.

Update #2: Amy Johnson Crow describes all the connections made in her new post, Cousin Bait and the 52 Ancestors Challenge.