I've written about Edith Mary Madeline Ternes several times.(1) Edith communicated with a relative named Sofee, who was also interested in researching the Ternes family. They traded information and photos as you can see by this portion of the transcript:

I hate to seem ungrateful, and I'm not, but I am still missing one picture. There is no picture of your mother. I'd appreciate some information too. When and where your mother and dad were married would be a help. I'd like your mother's maiden name too. I need this information for my own research. I like the picture of your father but I barely recognize the man because I keep thinking of a little boy about Peter's age. I do have one picture of your father in which he looks about fifteen or sixteen years old. I found it among mother's things, and it, like the other family pictures comes out once a year to hang on the Christmas tree and be admired. I shall have to make one of my picture ornaments for you. Each year the numerous little pill container ornaments with family pictures inside decorate the trees. They make the tree quite the conversation piece.

They communicated by sending tapes and packages back and forth to each other:

I am delighted to be able to use tapes. Apparently my tongue gets less tired then my fingers do, though I do type this all out before I put it on tape. My memory is bad, you see, and like most old folks I tend to repeat myself ad infinitem. My typewriter is about to be hospitalized. I surely could not have made all these mistakes by myself.

When I was nineteen years old I had to make a decision for myself. The Terneses were very good to me and sent me to a school for young ladies, St. Joseph's Academy in Adrian, Michigan. I was in the eight grade and very impressionable. The school was run by the Adrian Dominicans, an order of Catholic nuns whom I admired very much. I still admire them. 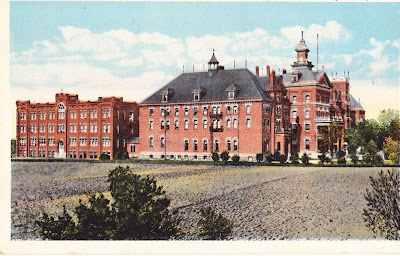 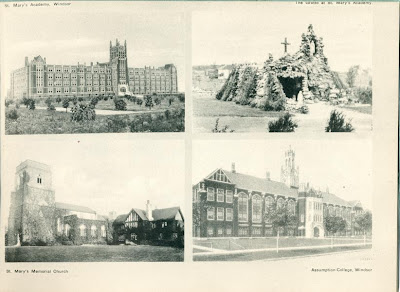 Like most teenagers I was sure I was destined to dedicate my life to saving the world or something equally dramatic so I entered the convent one month after my nineteenth birthday. This altered my living habits considerably and until the age of 28 I saw the family only once or twice a year and was allowed to visit home only three times in those nine and one half years so whatever happened in the family affected me very little. In order to avoid worrying me they told me only the good things. They never mentioned troubles very much. Much of the time I lived in or near Chicago and that was a very long way from home.

In the convent sisters are given about 10 years in which to decide if they really want to make a permanent commitment and take final vows. After Dad's death I decided it might be better if I went home first.

This is the last post about the voice tape transcripts written by Edith Mary Madeline Ternes. It seems a fitting way to end this series of posts about my discovery on the Live from Tormville! blog as I recently discovered when researching other Ancestry.com public trees that Edith died in 1999: 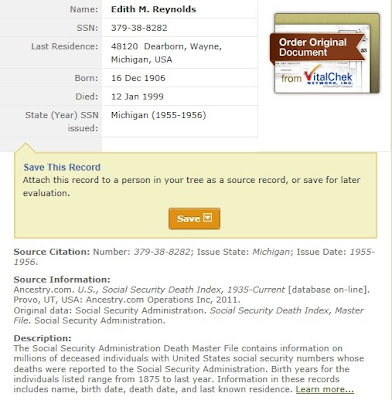