My second cousin three times removed was William Semple. His grandfather's parents emigrated to New Zealand from Scotland in 1862. William served with the Canterbury Infantry Regiment, New Zealand Expeditionary Forces in World War I. He was killed in action at Gallipoli Turkey on 8 May 1915. 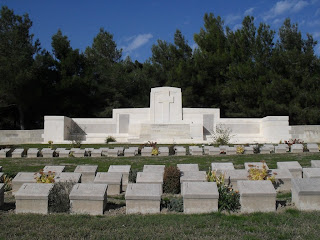 The idea for this post came from Geneabloggers.
Posted by Schalene Dagutis at 5:24 AM