River of Death: Battle of Chickamauga

The Battle of Chickamauga was fought on September 19-20, 1863. Today is the 150th anniversary of the battle.  Some say Chickamauga is from the Cherokee language and means river of blood. Blood certainly ran freely during the battle as there were nearly 35,000 casualties, the second highest number after Gettysburg. The battle marked the end of a Union offensive in southeastern Tennessee and northwestern Georgia called the Chickamauga Campaign. It was the most significant Union defeat in the Western Theater. 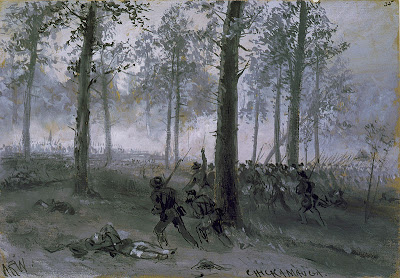 Confederate troops advancing during the Battle of Chickamauga; drawing by Alfred R. Waud
My husband (Easterly), sister-in-law (Moncrief)(1) and niece-in-law (Bailiff) had ancestors that fought and died at Chickamauga: 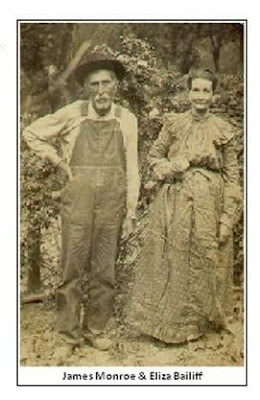 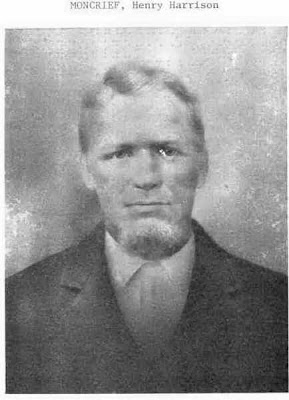 Henry Harrison Moncrief
During our next trip to visit my brother in northern Alabama, I would very much like to visit the Chickamauga and Chattanooga National Military Park.