Trip Around the World: New York to Egypt

In 1920 the William Judkins Bailey family traveled to British East Africa, now Kenya, to be missionaries there for the Church of God.  This post is from Aunt Joan's brother, Homer's, journal and is his description of the first leg of their trip from New York to Kenya. Homer was 13 years old when the family made the trip. 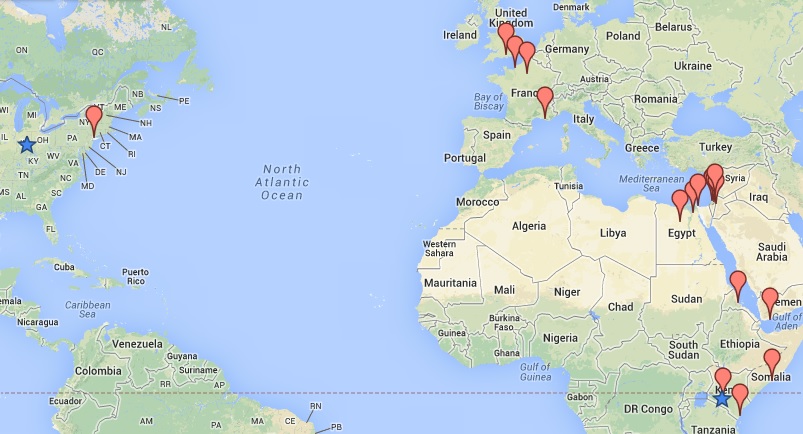 From Anderson, Indiana, to Kijabe, Kenya

Following World War I, before the dust was settled in certain areas, such as the near East, my folks packed up what to them seemed the necessary belongings and left for Africa. We sailed away from these shores on board the RMS Aquitania out of New York one midnight in June 1920. 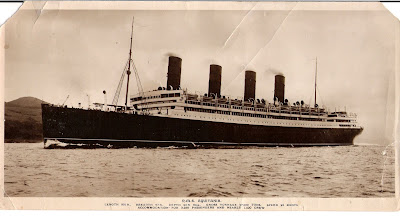 The decks of the Aquitania were really roomy. There was something of wonder every place you looked; each stairway led to a new discovery on that magnificent city of the seas. It was like three hotels at least but floating along at considerable speed.

Southampton, England, was our first real stop. That was where our knee-buckled 1918 breeches were labeled "girl garments" by the local boys. We stayed just a day or two and then embarked on the Channel ferry late one evening. When morning dawned we were at the docks in Le Harve, France.

Getting the suitcases off the ferry and to the train station took some doing, but soon we were chugging our way to Paris. I found myself gawking at the sidewalk urinals. 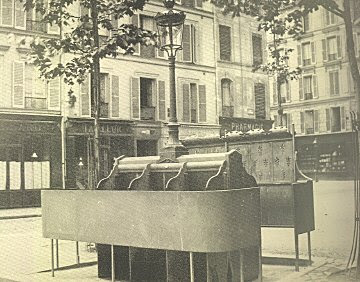 We didn't stay in Paris long as we had a ship to catch in Marseilles. This ship was old and tired; it's very name eludes me. The name painted on all the usual places was Greek. I will never forget the giant sized cockroaches jumping about among the pots and pans in the kitchen. 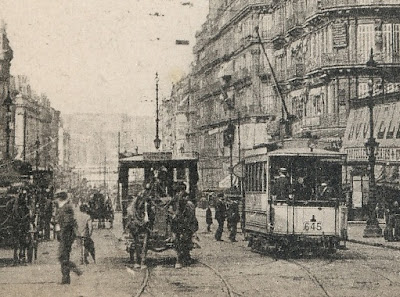 When we arrived in Egypt, two mules towed the tram car which whisked us along in Cairo. What a city; what a ride! Palm trees were quite new to us. Local people, dressed in flowing robes and turbans, were sitting on the sand by show cases or large trays of dried figs, dates and cakes or coffee. Along some of the streets there were continuous awnings for blocks on end. Men would sit at tables under these awnings and have coffee or play dominos or checkers. Life seemed sort of leisurely.

After leaving Egypt, we sailed to Jaffa, Palestine, and then journeyed to Jerusalem, riding our first narrow-gauge rail train. It was also our first experience with the class system -- first, second and third class coaches. A large crowd gathered to get on the train. There were turbaned gentlemen, veiled ladies, robed Arabs, as well as an assortment of other nationals. Ragged folks, well dressed folks, some ancient and some very young were all eager to be on the train. When it came some people hoisted luggage and friends through windows, they guarded doors to keep out the invasion, saving space for themselves. Conditions were not at all orderly. What a scramble!

Volumes could still be written about Jerusalem that ancient, historical, political, religious, old yet new city. A city destroyed, rebuilt, burned to the ground, resurrected, broken to rubble and still it stands on those memorable hills -- the city of David, the city of Solomon. Oh what a city! 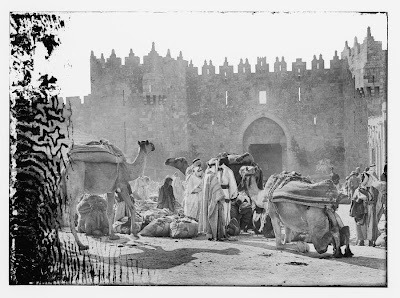 In Jerusalem we engaged a vehicle resembling an old Western stage coach for the run down to the Dead Sea. By the shore we saw a number of excavated squares some two or three feet deep. A small ditch connected each square to the sea. By this method each square was filled with salt water, sealed off, and evaporation left a cake of salt. 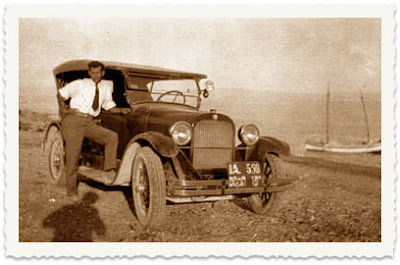 Auto on the Dead Sea beach circa 1925. Photo courtesy of ynetnews.com

The present Jericho contains but a few buildings. One of the more outstanding was the Hotel Jericho. The walls are painted white and the roof was made of vivid red tile. Mosquitoes were numerous and we slept under netting for the first time.

We walked many miles the day we went to Nazareth. There was war then. Heavy gun fire could be heard in the distance. Traffic was almost non-existent. A military truck came along and gave us a lift. We were taken across the Sea of Galilee in the commander's motor launch. Due to the general unrest in the area, he urged us to spend the night in his military camp. So we had a tent, camp beds, and all the comforts of home. 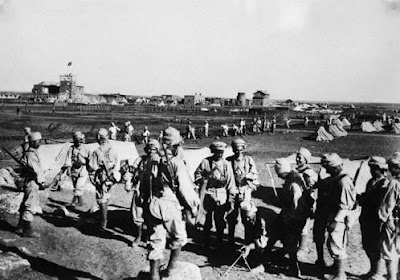 Syrian soldiers during the Franco-Syrian War

Our wandering from place to place in the Holy Land was halted by the war action between Galilee and Damascus.(1) We saw many large shells along the roads. The three weeks allocated for our visit to the Middle East seemed all too soon gone. There was so much more to see and a lot we would have to remember.

Next for our family was to return to Port Said and our ship.

This leg of the journey will be continued in a future post.
__________
(1) This was the Franco-Syrian war which took place between the Arab Kingdom of Syria and France in 1920.
Posted by Schalene Dagutis at 5:00 AM