Since 1769 there have been celebrations of the Pilgrims' arrival in Plymouth on December 21, 1620. In adjusting to the Gregorian calendar, the Forefather's Day holiday was erroneously established on December 22. In researching the Amsberry family, I learned that Mary "Polly" Everett of Vermont married William Allen Amsberry on May 13, 1823, in Mason County, Virginia. Mason County became part of West Virginia in 1862 when West Virginia became a state. Mary likely moved to what is now West Virginia with her parents, Francis and Sally (Franklin) Everett circa 1819.  According to the Elial Foote papers, several families moved from New York to Virginia "on the great Kanawaha River." 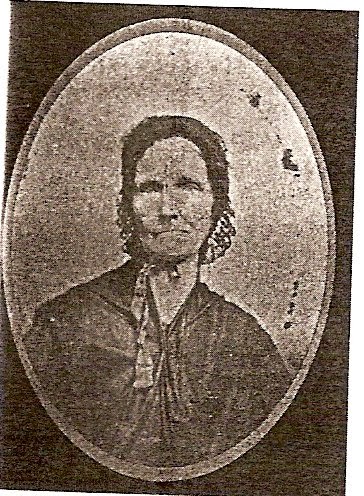 At the age of 64, Mary and her husband and Matthew Amsberry, presumed to be a son, were living in Marion County, Iowa. She remained there until her death in 1865. She is buried at the Coal Ridge Community Church cemetery, which is also now a museum.

There are also tantalizing references to Mary (Everett) Amsberry, being a descendant of a Mayflower passenger, but I have yet to discover the link.
Posted by Schalene Dagutis at 6:51 PM