"Pocahontas Alias Metoaka and Her Descendants" and Its Author

I've written about Google Play before and what a terrific tool it can be for genealogy research. When researching my sister-in-law's Bermuda Tucker line, I discovered that St George Tucker (1752-1827) married Francis (Bland) Randolph, the widow of John Randolph, of the famous Virginia Randolphs, one of the "first families of Virginia." The Randolphs are related to Thomas Jefferson, Robert E Lee, and Benjamin Harrison to name but a few famous personages. I also had a vague recollection that the Randolphs were related to Jane Rolfe, the granddaughter of Matoaka, the Native American princess, better known as Pocahontas(1). 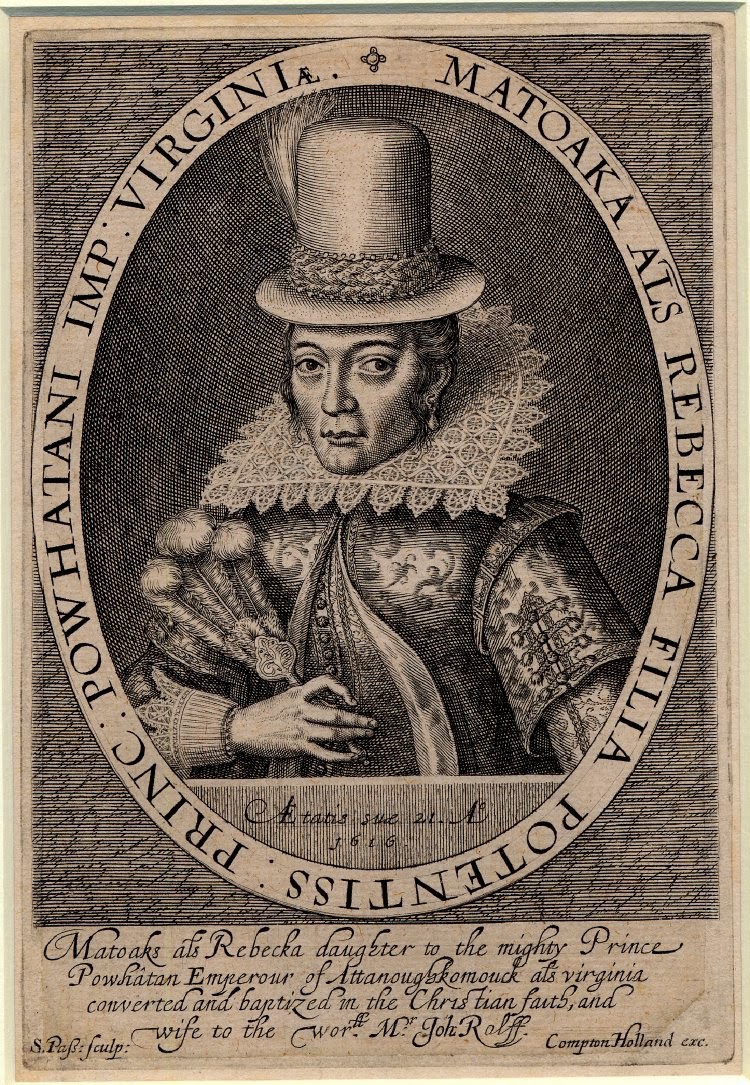 I started searching the Internet for confirmation of the Randolph-Pocahontas connection and found it in this wonderful book by Wyndham Robertson written in 1887: 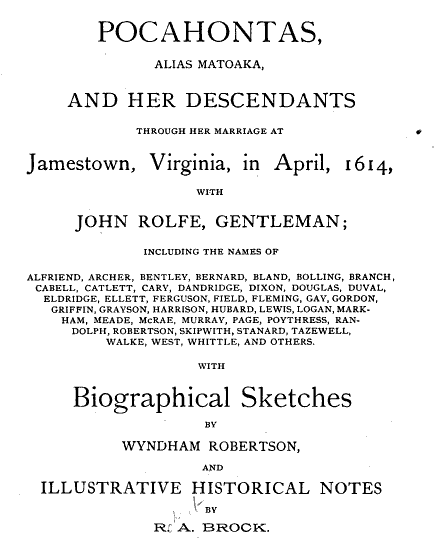 The book included seven generations of Pocahontas descendants, including Wyndham Robertson (1803-1888) himself. Robertson included a delightful declaration of love by John Rolfe:

"Pocahontas…to whom my hartie and best thoughts are, and have long bin so entangled and inthralled in so intricate a laborinth, that I was even awearied to unwinde myselfe thereout."

Robertson was the acting governor of Virginia from 1836 to 1837. As senior member of the Council of State, he was also Lt Governor when Governor Littleton Waller Tazewell resigned the office.  At the time the legislature elected the governor and it was controlled by the Whigs so Robertson was not returned to office in 1837. After his term was over he was elected to the Virginia House of Delegates several times and was in that office during Virginia's struggles over secession from the Union. Robertson was a staunch Unionist and tried to prevent secession. 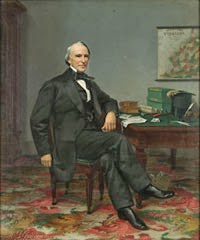 When Abraham Lincoln made his call for troops on April 15, 1861, Wyndham Robertson became "zealously active in all measures in defense of his state." After the Civil War he served on the Committee of Nine, which sought Virginia's readmission into the Union. After long and faithful service to Virginia, he retired and wrote his genealogy book. He died on February 11, 1888, and is buried at Cobbs, Virginia.

He later said about his service to his state during the Civil War:

"And now, after twenty years of experience of yet unripened results, I have no regrets, nor repent a single act of my State, or myself, in these unhappy affairs -- welcoming the end of slavery, but still believing it would have been reached without the horrors of war."

And this is yet another reason I love old books so much -- not only are the subjects of the books fascinating so are their authors.