Warren Valorous Keller was my fith cousin once removed. He was born in 1900 and died in 1999, a few months short of his 100th birthday. He was born and raised in Nebraska and is a true "soddy." He even received a life time certificate of membership from the Sons and Daughters of the Soddies. The certificate said:

When he was in his 90s, his neighbor came over and confiscated his snow shovels so Warren would no longer clear sidewalks and driveways.

During the last year of Warren Keller's life his daughter and her husband collected Warren's reminisces about his life and published a book entitled, "A Man of the Twentieth Century: Recollections of Warren V. Keller, a Nebraskan." This blog post is from the first chapter of the book.

When you come to think of it, I almost was never born because of what nearly happened to my mother and father on their wedding day. My parents were marred on April 2, 1894, in Broken Bow, Nebraska. Uncle Jess and Aunt Becky Amsberry stood up with them. On the way back, the dust and wind blew so hard, they could hardly see anything. At one point, the horses stopped and wouldn't go. They got out to see why, and a train sped by. The horses saved their lives. 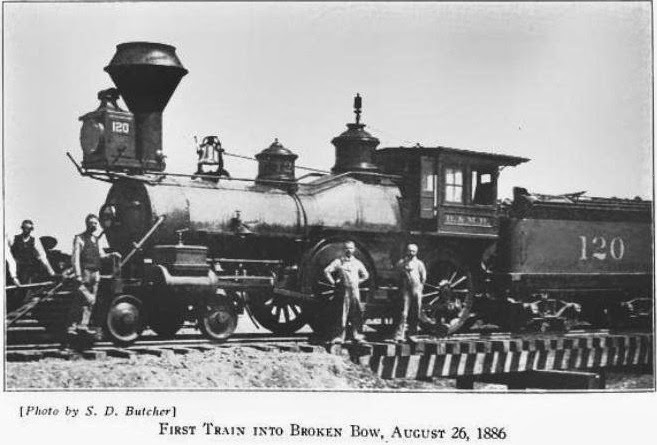 Photograph from the book entitled, "History of Custer County, Nebraska: A Narrative with Special Emphasis upon the Pioneer Period of the County's History, Its Social, Commercial, Educational, Religious, and Civic Development from the Early Days to the Present Time (published in 1919)

It was a cold day when I was born on January 29 in 1900. I was born in a one-room sod house in Mason City, Nebraska. Mason City was founded in 1886 by the Lincoln Land Company who purchased it from homesteaders, Nels Anderson and Mrs. George Runyan. Mason City was named after Honorable O. P. Mason, formerly a Supreme Court Judge for the Nebraska Territory. Its first post office was established in 1886. 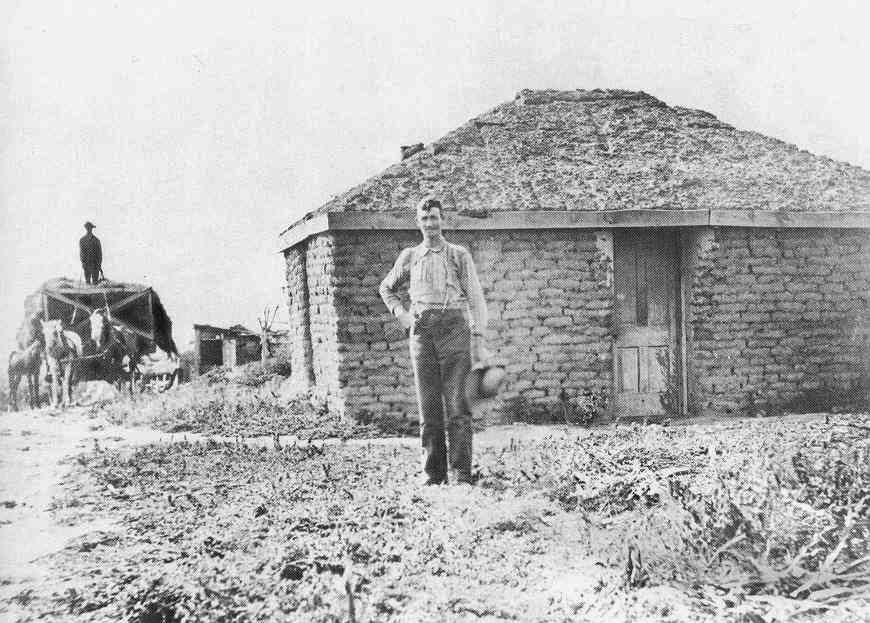 A Nebraska "soddy" in front of his sod house probably circa 1890s. Photograph courtesy of Keesee and Sidwell

When I born, I had two sisters, Lorena and Blanche. We lived in Mason City for a while, then moved to Ashland, Nebraska, for a short time and then back to Mason City. When I was two, the family moved to Edison, Washington, on a train and came back on a train. Edison was a small town outside Seattle, where my Dad worked for a sawmill.

We came back to Mason City soon after my sister, Etna, was born. I am not sure why we came back, but I was told that Grandma Peterson said she wouldn't speak to my mother again if they didn't come back and show here my sister, Etna. Etna was born in Washington. She was the only one of my sisters and brothers who was not born in Nebraska. We lived in Edison for about a year and a half. 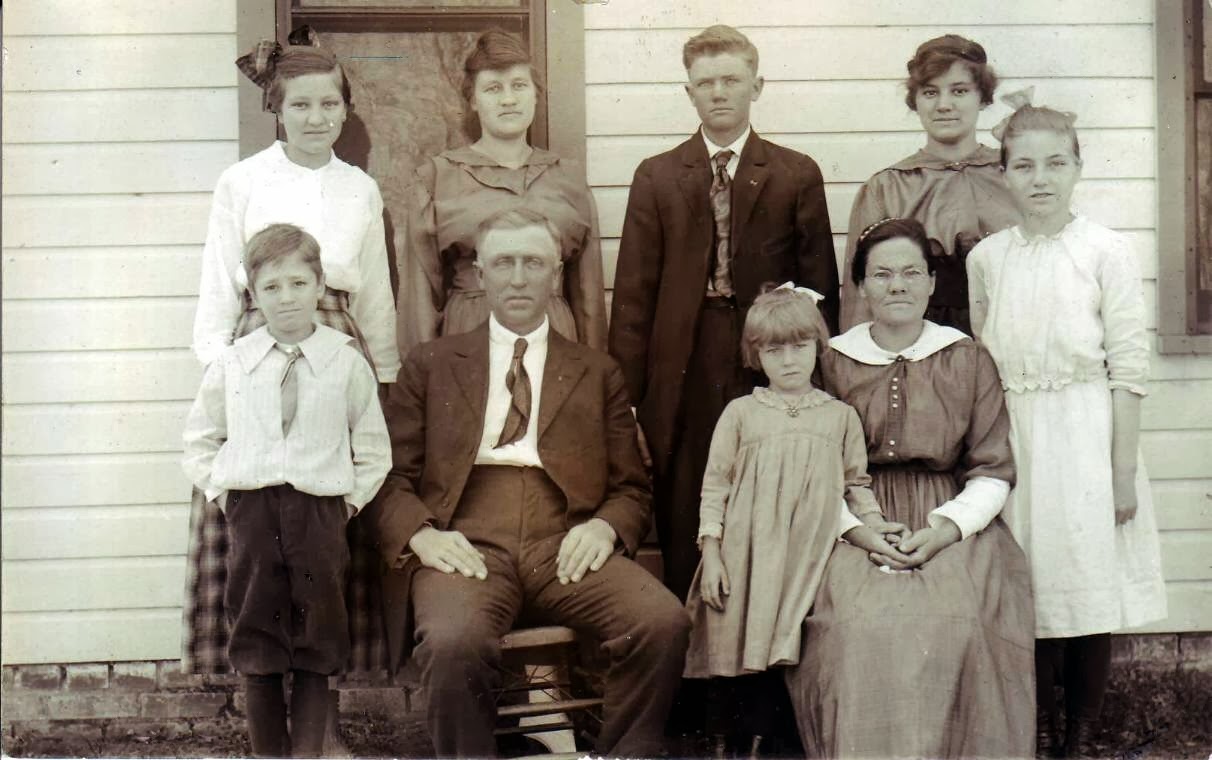 When we came back to Mason City, we lived in a two-room sod house located in the country 1-1/2 miles north of town. It didn't have any floors and didn't leak when it didn't rain. One day, I remember watching my mother sprinke water over the dirt floor to settle the dust in the family bedroom. The beds rested on boards so they wouldn't sink into the ground. The closest water supply was 100 feet from the house. We had no convenience at all. We had a pump outside and a little coal oil lamp.

When I was five year old, I started to school in Mason City. I had about three blocks to go to school, and our folks would dress us up with plenty of clothes. We walked to school. They never took us to school. We'd waller around through the snow drifts. If there was a snow drift across the road or anywhere else, it stayed there until it thawed in the spring because there weren't any cars. People would just walk or drive their horses over or around the drifts and that's the way they got around until spring came and it was all thawed out and the mud had dried up. Even if it was blizzarding, the folks paid no attention. They just dressed us and we walked to school. And that's the way things were.
Posted by Schalene Dagutis at 5:13 AM