Henry St George Tucker (1771-1851) was the fourth cousin five times removed of my sister-in-law. He was English from a line of Tuckers that had settled in Bermuda since the early 1600s. His father, Henry Tucker, was the oldest son of Colonel Henry Tucker, a powerful merchant on the island. His mother, Frances Bruere, was the daughter of the longest serving royal governor, George James Bruere.

Henry St George Tucker was sent to England in 1781. A few years later he became a midshipman on an East India Company ship. His uncle got him a job in the British colonial government of India, and he eventually became the accountant-general of the colony under Sir George Barlow. In 1826 he was appointed a director of the East India Company. He resigned in April 1851, a few short months before his death.

It all sounds like a fairly typical career for a wealthy son of a powerful family.  But on December 10, 1806, Henry was convicted of attempted rape and assault in India, and sentenced to six months imprisonment and a 4,000 rupee fine. There was a book written of the trial transcript: 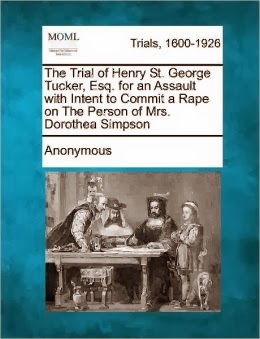 The trial took place at Fort William in Calutta. The victim was the wife of his business partner.(1)  The counsel for the prosecution began his case:

"This is a case of no common kind, whether you consider the rank of the parties, their relative situation, or the enormity of the offense. It must startle you to hear a gentleman of this society charged with endeavoring to violate the chastity of a woman of honor by force, and to commit rape upon the wife of one of his most intimate friends. -- Would, for the honor of human nature, that this were all a fiction; but you will find it too true, and I may venture to pronounce, that every fact that I shall state will be fully proved by the testimony of a lady of unblemished character; whose veracity you cannot doubt, who can have no interest but in the truth, no inducement on earth to frame such a story, no motive to fix it, when framed, upon the prisoner; and whose delicacy and timidity had nearly induced her to suffer the criminal to escape rather than appear in this Court as prosecutrix." 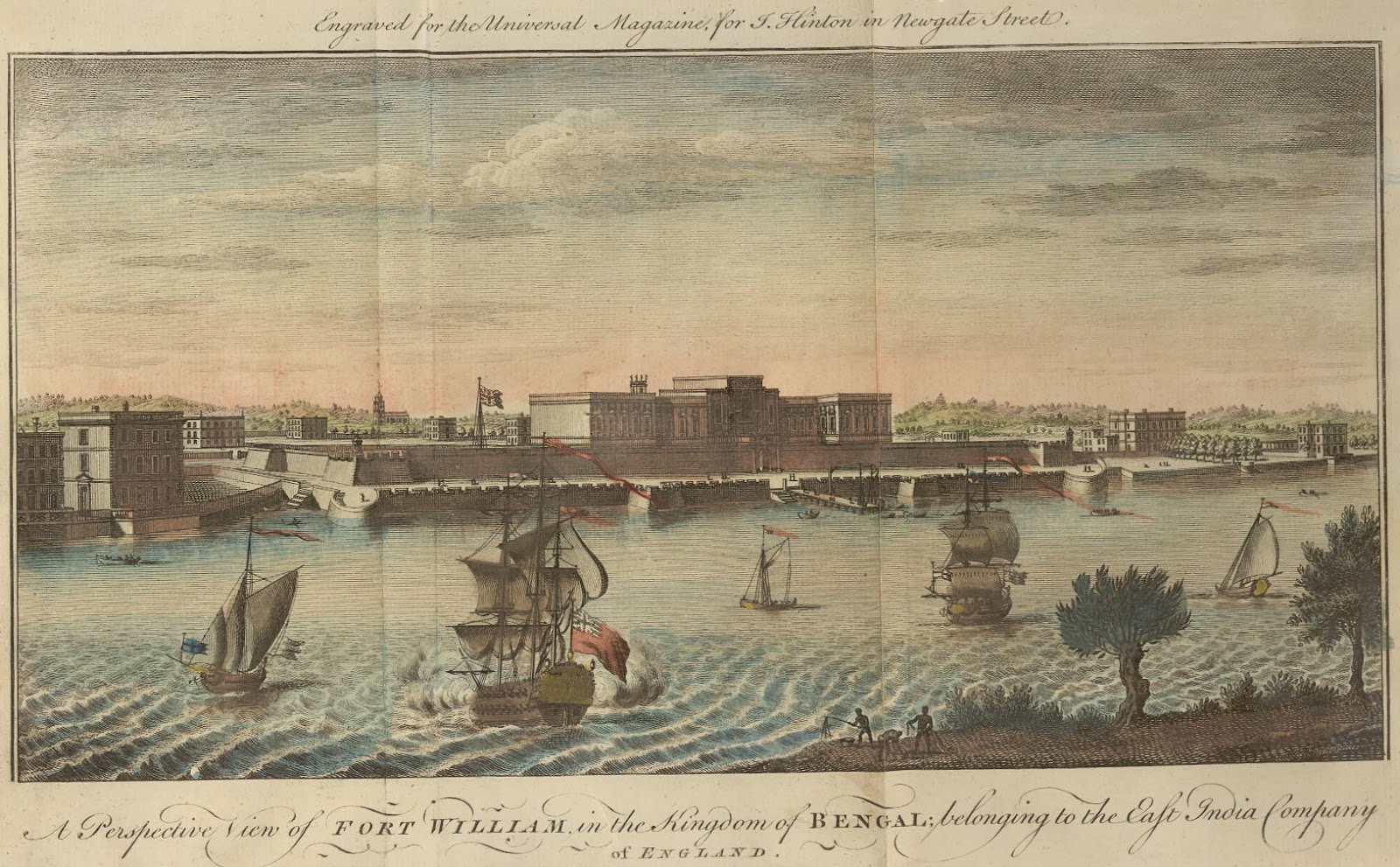 "You have been indicted for an assault with intent to commit rape, and in a second count, for a common assault. After a long, patient and impartial trial…after such a trial, and after a most minute and accurate charge to the jury, in which not one observation that could fairly be made in your favor was omitted; I say, after such a trial, and such a charge, you have been found guilty of the indictment…It is now my duty to pronounce the sentence of the Court; and I think it necessary to inform you, that in limiting the extent of the punishment to be inflicted on you, we have been guided more by the lenity of the precedents to be found in English Courts, than by any circumstances of mitigation in your case. The sentence is: "That you pay a fine to the King of 4,000 rupees; that you be imprisoned in the Common Gaol of Calcutta for the space of six months; and that you be further imprisoned until you fine is paid."

While a few other history books called the conviction a scandal, it certainly did not seem to impact his career in any way. Writing in 1854, John William Kaye, did not even mention the trial in his book, "The Life and Correspondence of  Henry St George Tucker."

_______________
(1) Before becoming accountant-general of the colony, Henry had left government service to become head of the trading company Trail, Palmer and Company. Dorothea Simpson's husband was also a partner in the firm.
Posted by Schalene Dagutis at 5:42 AM