Shot in the Line of Duty

Today I am remembering my sister-in-law's recently discovered fifth cousin once removed. Robert Quincy Tucker was a police officer with the Jacksonville Police Department. On Christmas Eve 1952, he was shot and killed while transporting a man to jail, who was arrested for motor vehicle theft. The suspect produced a gun from beneath his shirt and shot officer Tucker, killing him instantly. Another officer, who was following Tucker's patrol car, subdued the suspect when he fled from car and tried to get into another car that was stopped at a traffic light. 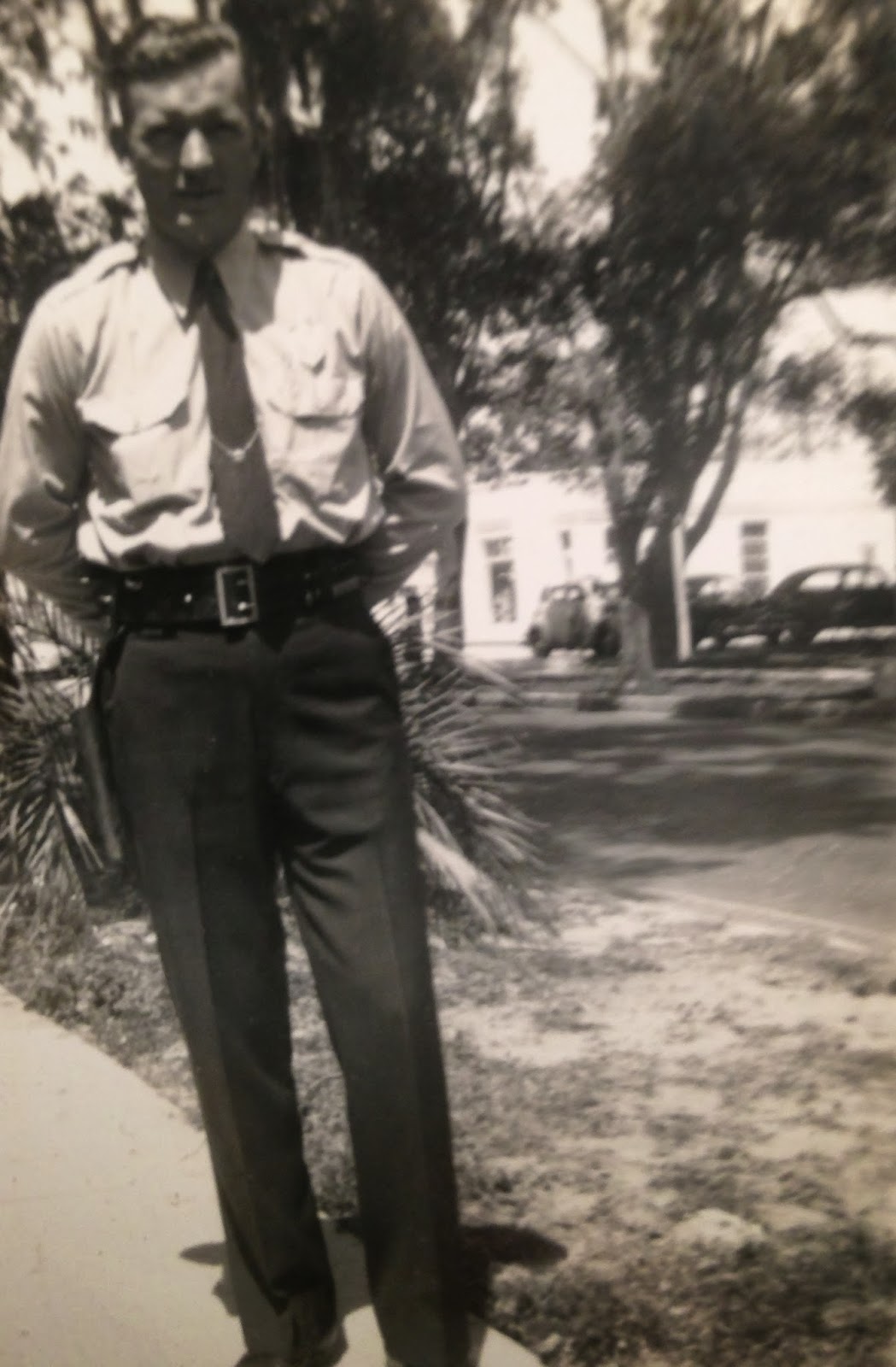 Robert Quincy Tucker, was 27 years old at the time of his death

The suspect was convicted and executed in the electric chair on April 18, 1955. 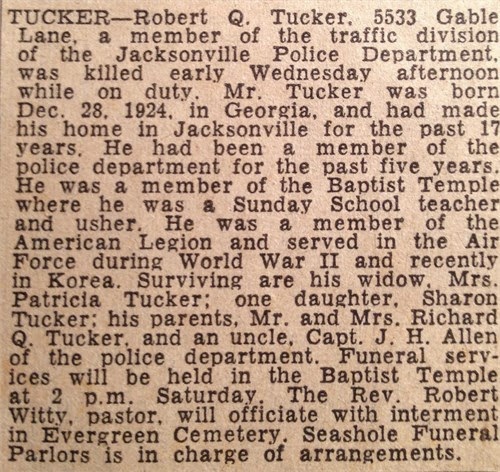 Robert Quincy Tucker Obituary
Posted by Schalene Dagutis at 7:03 AM